Windows Store to Get iTunes; Fedora, SUSE Linux, and Ubuntu Are Coming as Well

Microsoft’s Build conference is underway, and the company is announcing a bunch of interesting things. Microsoft highlighted all the big features that are arriving with the Windows 10 Creators Update in the fall. One fresh big announcement includes the addition of iTunes to the Windows Store. Furthermore, popular Linux distributions like Ubuntu, SUSE Linux, and Fedora are coming to the Store as well, and will be available to install and run in a virtualised environment complete with command line options.

There is no tangible timeline as to when some of these apps will arrive in the Windows Store, or how they will look like when they go live. The introduction of iTunes in Windows Store means that it should run on Windows 10 S as well, as will the other Linux distributions. There were no screenshots shared on how iTunes will be designed for Windows, but it will provide all the functionalities that the current Windows app provides. This includes access to Apple Music and iTunes Store.

With the advent of the new education-focused Windows 10 S, it is only natural that developers are flocking to the Windows Store to make them accessible there. How did Microsoft rope Apple in to do this? Your guess is as good as ours. We just hope that iTunes is more adaptive to Microsoft’s Fluent Design language, and not remain clunky like the current one we see on Windows. However, we doubt that. Thanks to Microsoft’s Project Centennial desktop app conversion tool, Apple can easily make its desktop app available on the Store, without much work.

The arrival of Linux distributions is possible because Microsoft decided to bring the Bash Shell to Windows, which resulted in the Windows Subsystem for Linux (WSL). VentureBeat explains that the WSL compatibility layer allowed Linux binary executable to run on Windows. Its partnership with Canonical allowed Ubuntu tools to run natively on top of WSL. 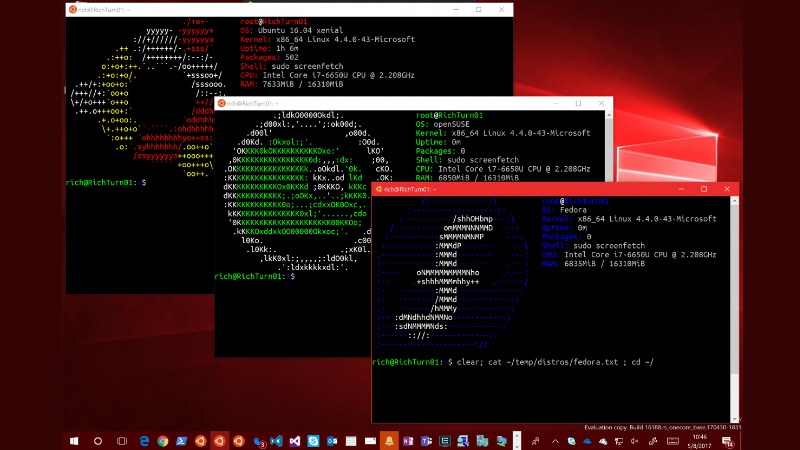 Further reading: Windows Store, Linux, Microsoft, Ubuntu, SUSE Linux, iTunes
Tasneem Akolawala Email Tasneem Tasneem Akolawala is a Senior Reporter for Gadgets 360. Her reporting expertise encompasses smartphones, wearables, apps, social media, and the overall tech industry. She reports out of Mumbai, and also writes about the ups and downs in the Indian telecom sector. Tasneem can be reached on Twitter at @MuteRiot, and leads, tips, and releases can be sent to tasneema@ndtv.com. More
US Intel Chiefs Express Doubts About Kaspersky Security Software
Snapdeal Unbox Dhamaka Sale Offers Discounts on Laptops, TVs, and Other Electronics

Windows Store to Get iTunes; Fedora, SUSE Linux, and Ubuntu Are Coming as Well
Comment