Microsoft has released a new Windows 10 Insider Preview Build that shows off the future design for upcoming builds. It has rolled out a fresh Windows 10 Insider Preview Build that comes with Fluent Design updates, changes in Edge, and more. The company is shipping out Build 17711 for Windows Insiders on the Fast and Skip Ahead rings. It includes a number of new features and tweaks for Microsoft Edge, among other things. Meanwhile, Microsoft has also released a new update for its Store app on Windows 10 Release Preview devices, while its new News app is now rolling out to regular users.

Improvements in Microsoft Edge include richer learning tools. Under the learning tools available on Reading View, users can now see additional themes that let them choose the suitable colours. A new Line focus feature helps in improving focus while reading an article by highlighting sets of one, three, or five lines. Additionally, there is a new consent box for saving Autofill data. This means Microsoft Edge will seek the user's permission every time to save passwords and card details for Autofill purposes.

Microsoft has also come up with an improved design and string changes to the consent notification pop-up to improve discoverability and provide clarity on the value of saving this information. There are some improvements in Edge's PDF toolbar as well. It can now be invoked by just hovering at the top to make the tools easily accessible to the users. 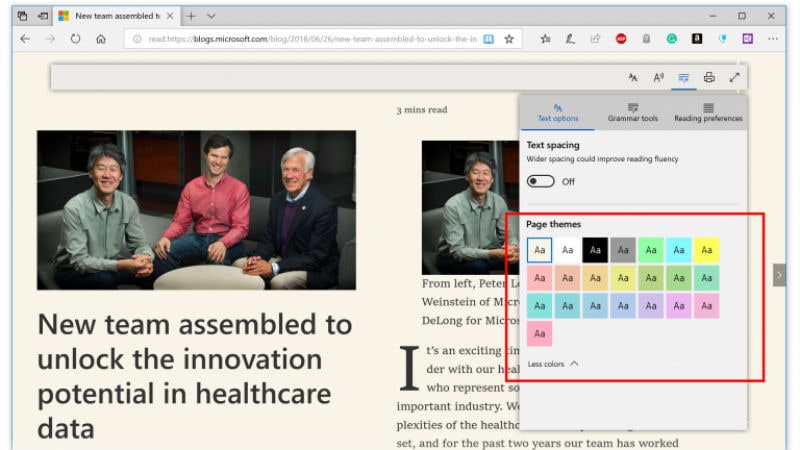 Meanwhile, Windows Insiders should now be able to see Fluent Design's shadow effect on more menus in Build 17711. At Build 2018, Microsoft had shared its plans for Fluent Design. Since then, it has been introducing features like acrylic to the default menus. Now, the company has announced a new feature that will help in improving user focus, but adding depth in the form of shadows.

Microsoft says shadows provide visual hierarchy, and with Build 17711 many of its default modern pop-up type controls will now have them. The company informed that the new feature is enabled on a smaller set of controls than what the general public will eventually see, and Insiders can expect to see the support grow in subsequent builds. 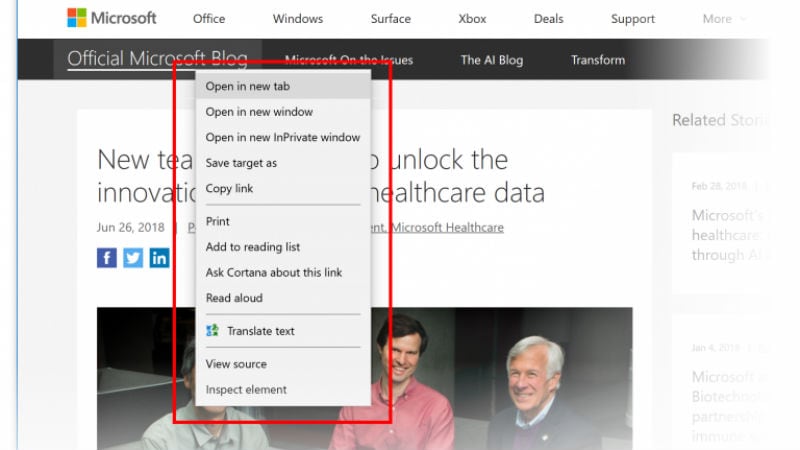 Finally, as you type in the regedit address bar, you will now see a drop-down menu that will help you complete the next part of the path. Pressing Ctrl + Backspace will now also delete the last word for speedier backing up, and Ctrl + Delete deletes the next word. There are several other general changes, improvements, and fixes in this build as well. Microsoft has provided the full changelog on its blog.

Coming to the latest update to the Store app, it upgrades the app to version 11806.1001.15.0. As per a report in Aggiornamentilumia, there are a few design changes to the Store app. While Microsoft recently added Departments tab to the Store app, it has now introduced fluent design for departments. There is an improved spacing between apps displayed from an individual developer and some bug fixes as a part of the update. Notably, the latest app update is available for Windows Insiders on Release Preview. 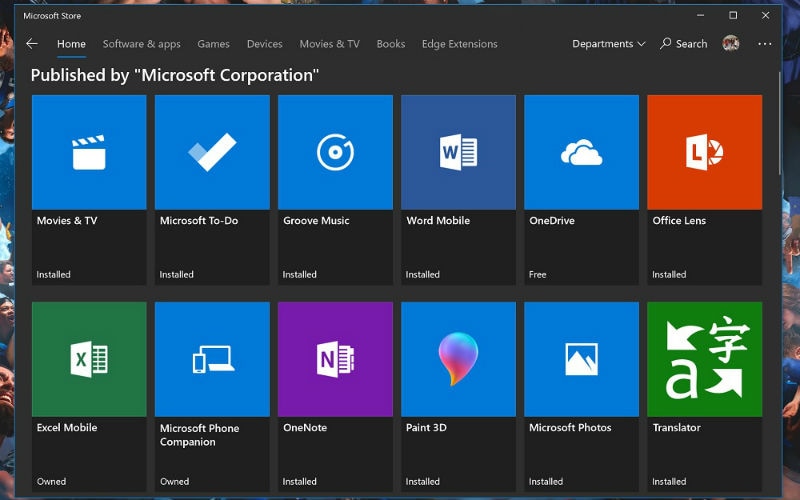 Meanwhile, Microsoft, which had renamed the MSN app to Microsoft News app on Android and iOS, has rolled out the app for regular users (non-Insiders). As per a WindowsLatest report, the app update adds acrylic to the app's sidebar and makes the sidebar more transparent.