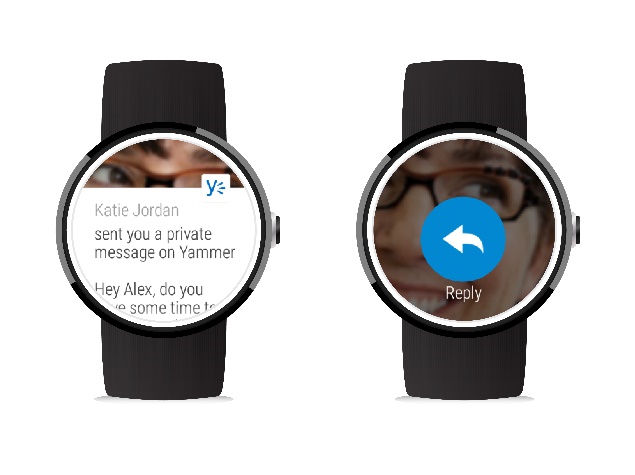 The latest version of Yammer for Android (varies with devices) and Yammer for iOS (version 6.4.18) is available for download via respective the app stores.

First up, is Android Wear support on Yammer for Android that allows users to read and like team messages directly from their smartwatches, and even reply using Google voice commands.

In the Yammer for iOS app, Microsoft has put in the Apple's Handoff compatibility that allows users to switch and sync app data and other information between iPhone, iPad and Mac with one swipe or a click.

Additionally, the Yammer apps for Android and iOS share some common improvements, such as redesigned interactive notifications, and new sharing options for links, photos and more in Yammer groups from Safari, Chrome and other apps.

"The pace of innovation on our Yammer mobile apps will only accelerate. We want to craft intuitive, powerful mobile experiences that enable teams to collaborate openly, individuals to scale their impact and organizations to bring down silos so everyone can do more and achieve more," noted Carlos Bohorquez Marin on the Yammer blog.

To remind you, Microsoft had bought Yammer in 2012 for $1.2 billion in cash. Yammer is a social network that helps companies' internal communications and collaboration by allowing employees to form groups and interact with each other freely. Companies such as Ford Motor Co., Supervalu and Deloitte are customers.