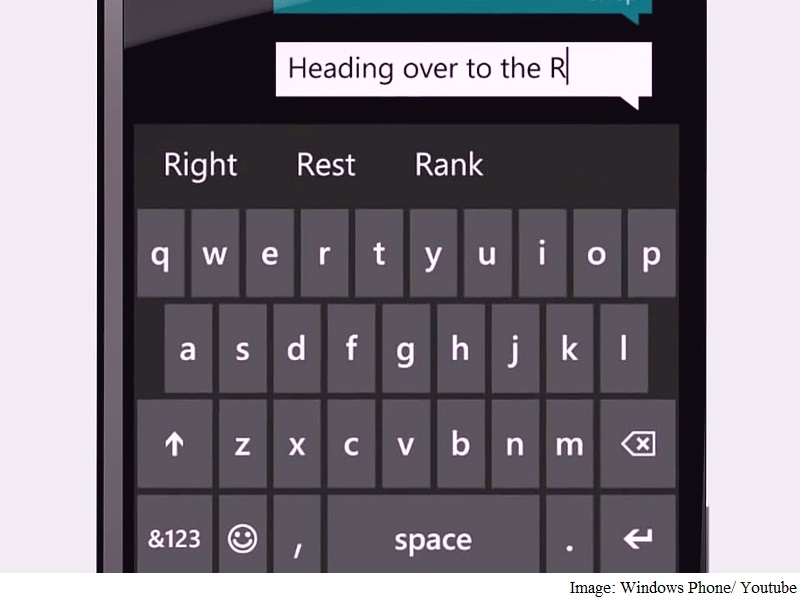 Microsoft until now restricted its Word Flow Keyboard app to its own Windows Phone platform. The Redmond-based tech giant is now planning to bring it to Android and iOS as well.

In an email sent to some Windows Insider testers, shared by The Verge, Microsoft said it is hunting for iPhone 5s (or later) users to test the Word Flow keyboard app on iOS. The company however, did not mention as to when it will bring the final version of the app outside its ecosystem, or when work would begin on the Android version.

"Word Flow keyboard has long been one of the highly praised features on Windows Phone and was used to break the Guinness World Record for fastest texting. We are now working on extending this keyboard to other platforms, starting with iOS," said the company in the email. "Before publicly releasing this keyboard to the App Store, we'd love to give Insiders like you a preview. With your feedback, we'll build a roadmap of improvements to the keyboard over time."

The Word flow keyboard debuted with Windows Phone 8.1 in 2014. The Swype keyboard-like feature allows users to glide over the display and type words. Like other third-party keyboard apps, the Word Flow also features word and emoji prediction.

Should You Be Afraid of Cyber-Attacks on Nuclear Power Plants?
Trouble in Taiwan's Tech Sector