"We know that people love to personalise the things they own. So we built the #TileArt app to make it easier for you to pin your favourite images to the home screen, to personalize your lock screen and to share your awesome creation with the world," notes Microsoft's #TileArt app listing. 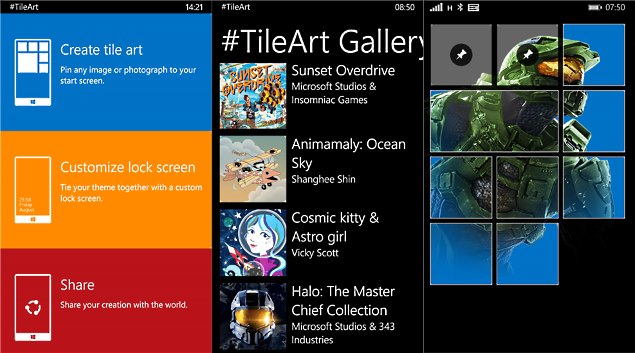 Microsoft has also announced a global #TileArt Talenthouse competition to find the four best animators, illustrators and designers from the Talenthouse community.

The winners will get a Digital Artist Kit which includes a Lumia 930 (also given to the ten shortlistees), a dedicated page in the #TileArt app, a Surface Pro and $1,500. Entries are accepted till February 24, after which there'll be a round of voting which ends on March 27th. The grand winner will be announced on March 31, says Microsoft.

The app can change images (choosing from the past 6 days of Bing home pages) with just a shake of the phone or by swiping to the right. Just like the Next Lock Screen and Android 5.0 Lollipop, the Picturesque Lock Screen app allows users to access missed call notifications, text messages and also the search function directly from the lock screen without unlocking the phone.