Microsoft Sprinkles App for iOS Suggests Captions for Your Selfies 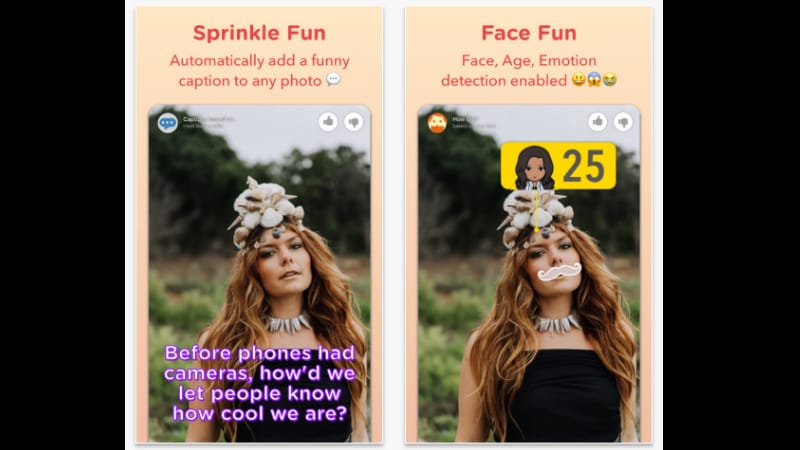 Microsoft has launched yet another app for iOS users called Sprinkles. The camera app predicts captions depending on the photo taken, and also suggests stickers to elevate the cool-quotient of your ordinary photo. It appears to be Microsoft's turn to try to combat Snapchat competition (the new trend among tech companies nowadays), and is available for free to download in the App Store.

The Microsoft Sprinkles app is available only in the US for now, so Indian users won’t see it in the App Store unfortunately. The app’s big highlight is its caption prediction – a big pain point for many word worrywarts. It automatically suggests captions for you, based on your photo, and you can choose the one fits best, or just write one of your own. The app considers the time, week of the day, and location to suggest captions as well.

The Sprinkles app can also auto-detect your age and suggest a celeb look-alike by using its facial detection technology. Furthermore, there are also stickers and emojis that you can add to the photo, like placing a hat or a moustache in your selfie. This app doesn’t have as many masks – Snapchat’s unique feature that has been aped by many others now, but it still does look to elevate photos as a medium of expression on social platforms. After editing the photo, the Microsoft Sprinkles app gives you the option to share on Facebook, Twitter, and others, or just save it in the Camera Roll if you wish to. Currently, the app is exclusive to the App Store, and there is no word on when it will be available to Android users.