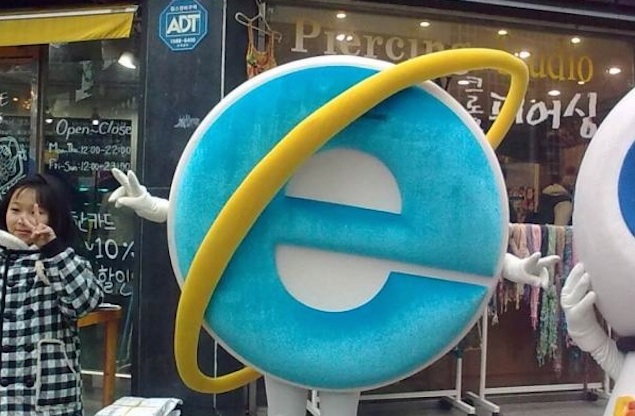 Microsoft was scrambling Sunday to repair a security hole in its widely used Internet Explorer Web browser, saying it had detected attempts to exploit the flaw.

The US software giant said that the coding problem affected versions six through 11 of its flagship browser, noting it was aware of "limited, targeted attacks" taking advantage of the newly discovered flaw.

Microsoft says that an attacker who successfully exploits the vulnerability could gain the same user rights as the official user.

"The vulnerability may corrupt memory in a way that could allow an attacker to execute arbitrary code in the context of the current user within Internet Explorer," Microsoft said on its security website Saturday.

"An attacker could host a specially crafted website that is designed to exploit this vulnerability through Internet Explorer and then convince a user to view the website."

Cybersecurity firm FireEye, which took credit for identifying the flaw, said hackers were exploiting the bug in a campaign nicknamed "Operation Clandestine Fox."

Users still relying on Windows XP could be especially vulnerable because Microsoft stopped early this month supporting the older operating system with security patches and other software updates.

Earlier this month, the "Heartbleed" flaw in Internet security saw everyone from website operators and bank officials to casual Internet surfers and governments being told their data could be in danger.

Heartbleed allowed hackers to snatch packets of data from working memory in computers, creating the potential for them to steal passwords, encryption keys, or other valuable information.
Comments

How to avoid Game of Thrones spoilers without cutting off from Facebook, Twitter
Apple patent lawsuit against Google revived by US appeals court