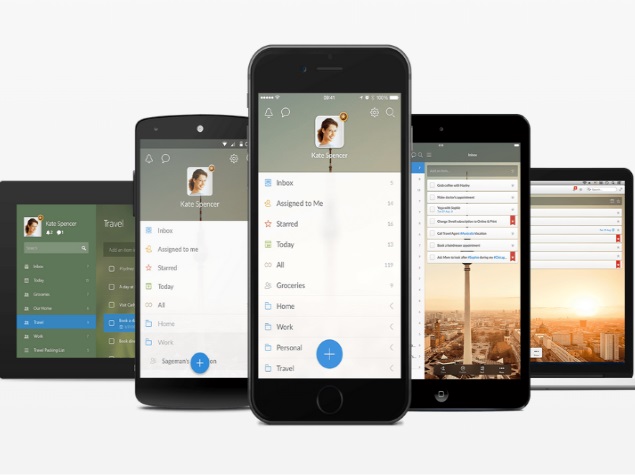 Microsoft has agreed to acquire 6Wunderkinder GmbH, a Berlin-based startup behind the Wunderlist to-do list app, for between $100-200 million (EUR 91-182 million), the Wall Street Journal reported on Tuesday.

Quoting a person familiar with the deal, the daily said the purchase was part of Microsoft's drive to enhance its line of mobile apps.

6Wunderkinder was not immediately available to comment on Tuesday. Created in 2010, Wunderlist allows users to create lists to manage tasks on many devices, mobile as well as desktop. Wunderlist is available for Android, iOS, Windows Phone, Windows, and OS X.

Microsoft has been making several acquisitions to round out its mobile offerings, with other notable mentions being San Francisco-based Acompli (which was soon after launched) as the new Outlook), and New York-based Sunrise calendar app.

The Wall Street Journal also points out that on May 20, 6Wunderkinder and Sunrise partnered, and integrated the Wunderlist to-do list app with the Sunrise calendar. This two-way integration both allowed Wunderlist users to see their to-do lists in the Sunrise app, and Sunrise users to create to-do items on Wunderlist.

In March, Microsoft also acquired the Californian start-up LiveLoop and its app which allows multiple users to collaborate on PowerPoint presentations simultaneously.

Microsoft earlier this month announced the release date for Windows 10, as well as its paid upgrade plans. Late last month, the company announced a partnership with 20 manufacturers, including LG and Sony, to preload its apps on their Android tablets.

Minecraft Now Has Competition With Lego Worlds
Is the New Nvidia Shield Dead on Arrival?