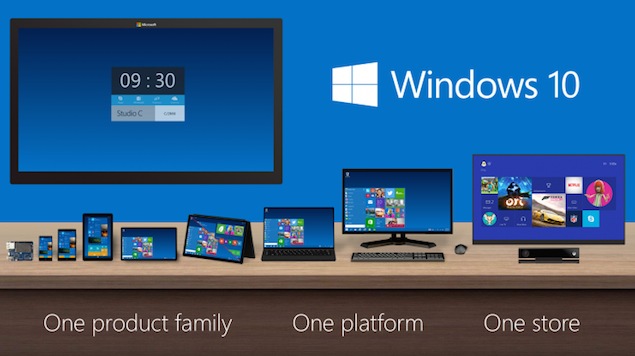 Microsoft on Monday released the first developer tools or SDK for building 'universal apps' for the Windows 10 platform.

Developers, to access the new tools released by Microsoft, have to first sign up for the Windows Insider Program, which has now been running for some time, and install the latest Windows 10 Technical Preview release. Alongside, they will get Visual Studio 2015 CTP 6 (Community Technology Preview) and Tools for the Windows 10 Technical Preview that includes the software development kit (SDK).

The Redmond giant alongside also announced that sample codes for developers will be published on GitHub while confirming that more code samples will be released by Microsoft's Build conference scheduled from April 29 to May 1.

Microsoft stressed that this is just a preview available for developers and highlighted some key aspects in the preview release including Adaptive UX, the provide ability to use a single UI that will adapt from small to large screens; User controls, where some Windows 10 UI controls will determine, at runtime, how the customer interacts with the app and will render the user experience; API contracts, with which developers can directly verify if a Windows feature is available rather than making an inference based on the operating system version, apart from some Visual Studio Tooling improvements.

Developers can head to Microsoft's blog to get details about the first technical preview of the Windows 10 developer tools now available to Windows Insider members.

"Windows 10 will be an exciting release for developers, with support for Windows universal apps that run across all Windows 10 devices and improved tooling for every Windows application type," Somasegar adds.

The company announced Universal Windows apps, a move that claimed to bring a new common Windows runtime to PCs, phones, and tablets (and the Xbox One), at last year's Build conference. With the launch of Windows 10 in September, Microsoft came closer to its vision of universal apps that will allow apps to work across a variety of devices (from phones to tablet to gaming consoles).