Currently released as a prototype, the app allows users to enter text by drawing handwritten letters on the watch face. The Redmond giant notes that the current version (0.1) only supports square-screened smartwatches with a 320x320 resolution, apart from the Motorola Moto 360. 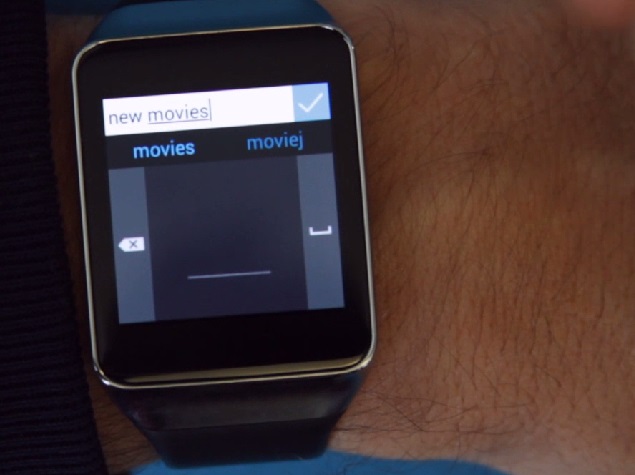 The Analog Keyboard for Android Wear can be downloaded from the Microsoft Research page. The company notes, "With the Analog Keyboard Project we are exploring handwriting recognition for text input on small touch screens. Handwriting, unlike speech, is discreet and not prone to background noise. And unlike soft keyboards, where many keys have to share the small touch surface, handwriting methods can offer the entire screen (or most of it) for each symbol. This allows each letter to be entered rather comfortably, even on small devices."

The company has also shared a video that shows the prototype Analog Keyboard app for Android Wear running on the Samsung Gear Live and Motorola Moto 360. The video shows few examples of the app usage such as messaging, searching, and typing special characters. Microsoft has provided some usage tips as well.

With an app released exclusively for the Android platform, Redmond giant's willingness to create products for platforms apart from its on continues. Last month, Microsoft launched the Universal Mobile Keyboard, an accessory compatible with Android, iOS, and Windows devices. Conspicuously, the Bluetooth keyboard was not compatible with Microsoft's own mobile platform, Windows Phone.