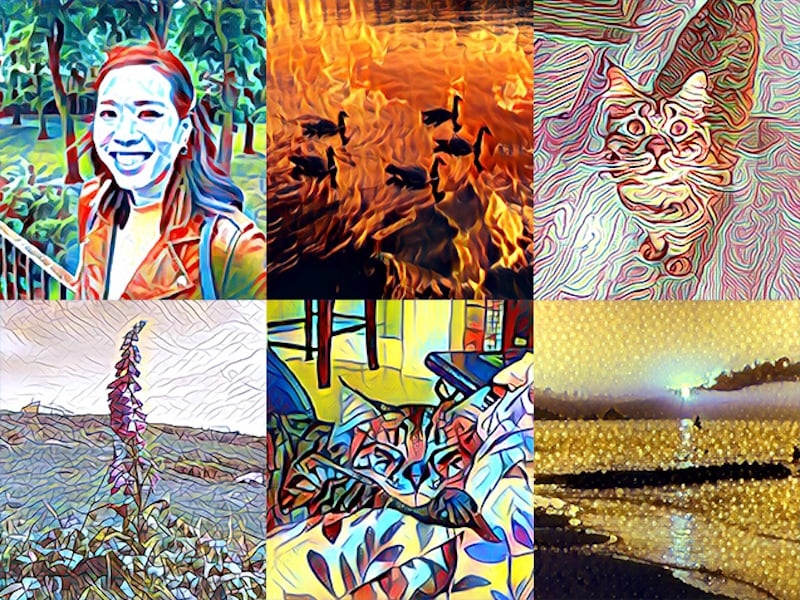 It wasn't too long ago when Prisma, an app that turned any mundane photo into a work of art, was the talk of the town. Now, Microsoft is looking to get into the artistic frame of mind with the latest update to Pix Camera, its AI-powered photo editing app. The new update for iPhone and iPad now offers filters that will turn your photos into digital art.

Microsoft says that the new update will "give snapshots stylistic flair reminiscent of masterpiece paintings and artsy photos hanging in the famed galleries of Amsterdam, Paris, and New York." The company says it has introduced these features in collaboration with Microsoft's Asia research lab, and Skype as part of an overhaul designed for iOS.

The update introduces a new feature, called Pix Styles, which is similar to Prisma in that it transforms your images into pictures inspired by popular artistic styles, or adds effects such as making the photo look like its on fire. Microsoft explains that this feature doesn't in fact add filters, but rather transfers textures, pattern, and tones to the photo. Pix Styles is being introduced with 11 styles including Glass, Petals, Bacau, Charcoal, Heart, Fire, Honolulu, Zing, Pop, Glitter, and Ripples, and the company says more will be added in the coming weeks.

Next up is Pix Paintings, which creates a time-lapse of your picture being painted in real time in the style selected. This turns your picture into a GIF-like short clip that can be shared or saved.

"These are meant to be fun features," says Microsoft's Josh Weisberg. "In the past, a lot of our efforts were focused on using AI and deep learning to capture better moments and better image quality. This is more about fun. I want to do something cool and artistic with my photos."

Notably, these new features like Pix Style will not use up your iPhone or iPad's data plan as it does not need access the cloud to run its calculations, and will work directly on your device. Microsoft says this is part of a broader shift to push AI from cloud to devices at the "edge" of the network. This will help save up on data cost and will reduce wait times as well.

The Redmond-giant understands that features like these are popular among Instagrammers and other social media users, and the Microsoft Pix team plans to feature styled pictures regularly with the hashtag #PixStyling on Pix's Instagram page.

The update for Microsoft Pix Camera can be downloaded from the App Store.