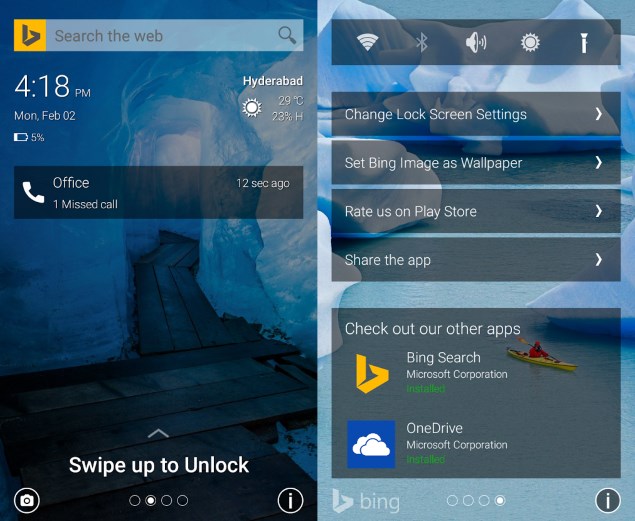 If you liked the Next Lock Screen app by Microsoft, you might be interested in knowing the company has launched a new one called Picturesque Lock Screen for Android 4.0.3 and higher.

The app can change images (choosing from the past 6 days of Bing home pages) with just a shake of the phone or by swiping to the right. Just like the Next Lock Screen and Android 5.0 Lollipop, the Picturesque Lock Screen app allows users to access missed call notifications, text messages and also the search function directly from the lock screen without unlocking the phone.