Microsoft Outlook for Android, iOS Gets Redesigned Navigation and Conversations

The team behind Microsoft Outlook announced on Wednesday that the email client's latest update for Android and iOS brings along redesigned conversations and ability to easily browse the folders and switch between the accounts. Further, the team says that the app will soon get the intelligent search feature, which is powered by the Microsoft Graph.

Talking first about the changes that have been introduced with the app, Microsoft Outlook apps for Android and iOS now show more of your conversation at once while replying to messages and even provides clearer separation between individual messages. While these changes might not appear to be drastic, this is likely to make it simpler to carry out conversations.

"When you tap on a conversation to read it, Outlook automatically opens to show the first unread message. You can pick up right where you left off without scrolling," the company said in its blog post. With the new update, users can reply to everyone who is part of the conversation by simply writing their message in the quick reply box and sending. 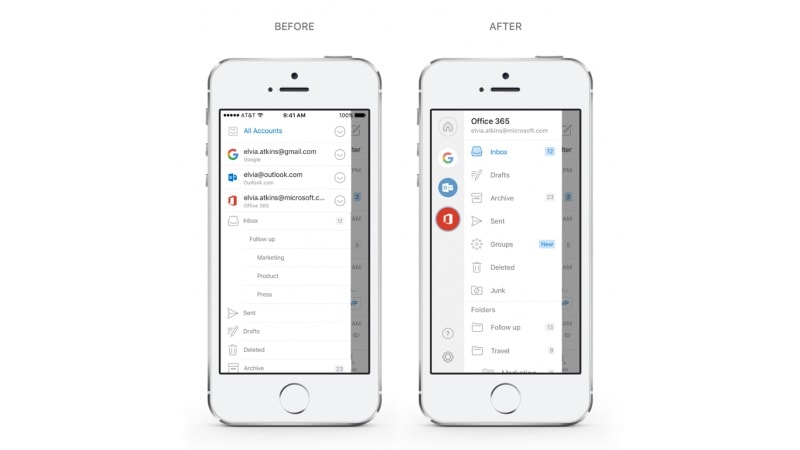 Moving on to the revamped interface, the app has been redesigned to give users an easier and quick access to accounts and folder menu, the company said.

Coming to the features that will be added soon, the Microsoft Outlook team says that the intelligent search feature is going to make its way to the app soon and will make it easier to find an item while on the go. The app will be going under a makeover and search will be front and centre in the app's simplified tab bar, as per the company. 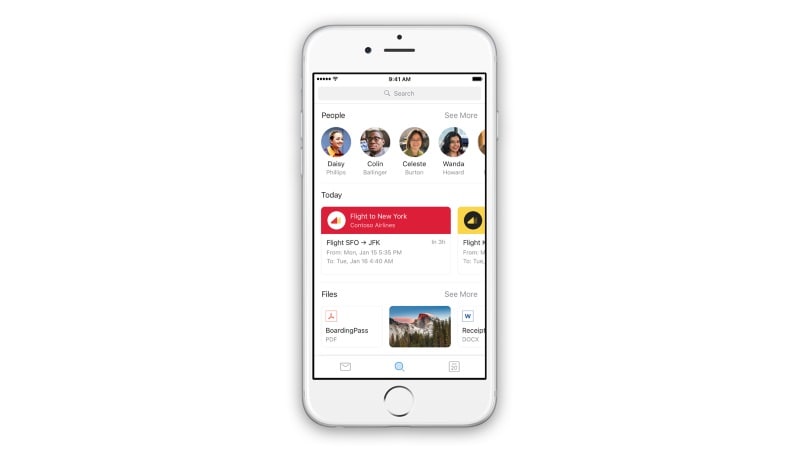 "Our goal is to bring more proactive and contextual information to your fingertips without even needing to type in a search box," the company said. There will be sections for People and Files and both will be offering proactive search suggestions, as per Microsoft. "The new intelligent search is powered by the Microsoft Graph and lights up immediately with the content from your top contacts, upcoming travel itineraries, package deliveries and recent attachments-with many more exciting things to come!" it added.