Microsoft OneNote for iPad Gets Handwriting and OCR Features

With the Microsoft OneNote for iPad version 2.9 (can be downloaded via App Store), users can now write and draw directly into notes. According to Microsoft Office blog, this was the top requested feature by users.

"To get started on iPad, just tap the new Draw tab on the ribbon. Select a pen, marker, or highlighter and write, sketch or doodle until your heart's content," said OneNote team.

The OneNote for iPad app also includes 'Palm Rejection', which on enabling doesn't detect your palm touching the screen while writing or drawing. Users can set it up from the 'Palm Rejection' on the ribbon and then tap the image that most closely resembles how you normally hold a pen (see above).

The major feature brought to the OneNote for iPad app is OCR (optical character recognition), which enables text search within all images that are added to notebooks saved on OneDrive, including scanned images. Users can further copy and paste text to notes from images. With the rollout of the same feature for OneNote for Mac earlier this week, Microsoft now says users can now use OCR from any client, even OneNote online, to search for text within OneDrive images or notebooks. 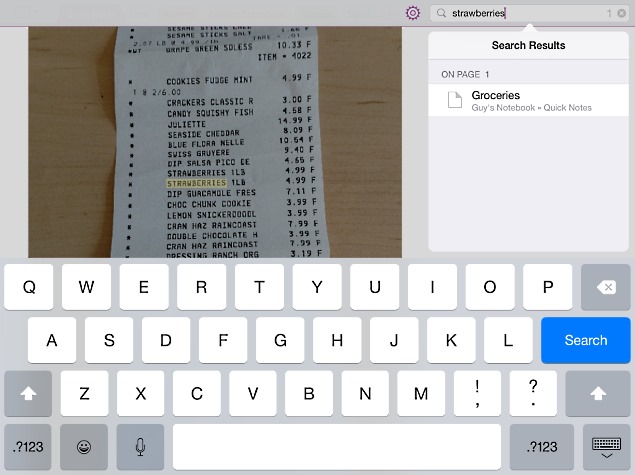 On the other hand, Microsoft has published the first beta release of OneDrive of Android, called OneDrive Preview, which features Material Design interface. Users who sign up for Microsoft's Google+ community for OneDrive Preview can test the beta app by changing settings in regular OneDrive app for Android. Users can otherwise download the Microsoft-signed apk from APK Mirror via Android Police. Other than the Material Design interface, the app reportedly doesn't include anything new.

Microsoft OneNote for iPad Gets Handwriting and OCR Features
Comment