A month after announcing Office 365 Personal will be available in the US spring season, Microsoft has now made the subscription available for purchase. The company had detailed pricing schemes earlier, and further elaborates on them with Tuesday's announcement.

To put that in perspective, Office 365 Home Premium is a $99 annual subscription package ($9.99 monthly) that gives the same app access on up to five PC or Mac computers, or five tablets.

Both Office 365 plans will get 60 minutes of Skype calling per month, 20GB of additional OneDrive storage, and updates for the most recent version of Office.

The Office for iPad apps require a subscription to Microsoft's Office 365 to create and edit documents on the device, but viewing documents is free. At the same time, it made editing documents free on mobile platforms, with its Office Web Apps (now Office Online). 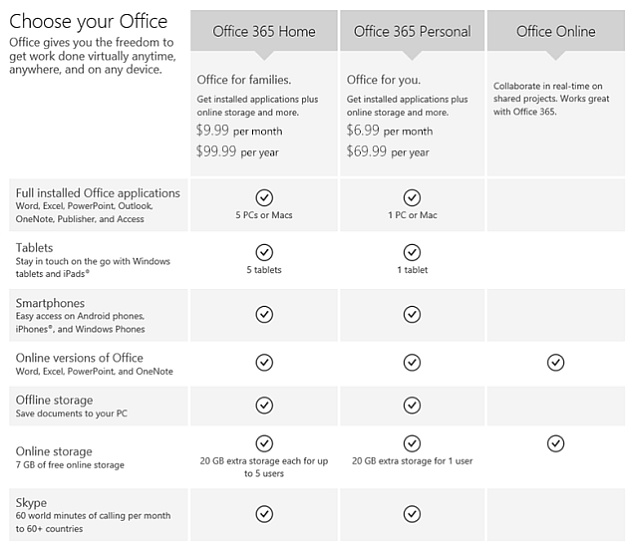