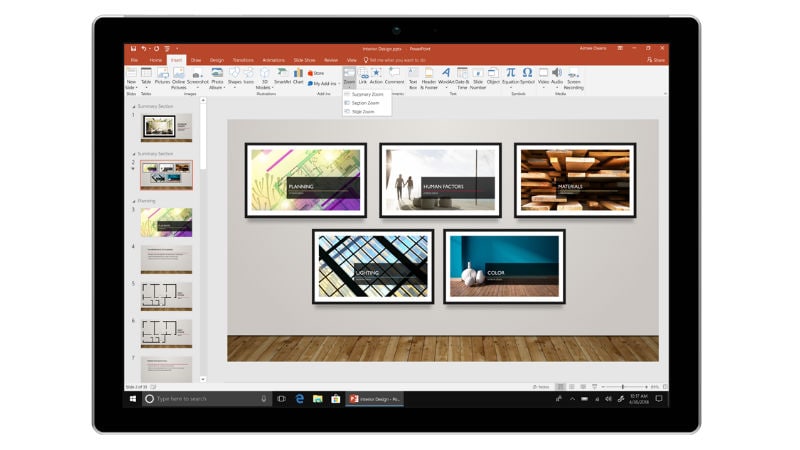 Microsoft has rolled out a preview of Office 2019 to commercial customers, with features that are usually seen in the company's Office 365 subscription. Microsoft is making test versions of several Office apps available for x86-based Windows systems in the Office 2019 preview programme. Office 2019, which Microsoft calls its 'perpetual' Office release, will be released in the second half of 2018 and it will include client apps such as Word, Excel, PowerPoint, Outlook, OneNote, Publisher, Access, Project, and Visio, as well as server apps like Exchange, SharePoint, Project Server, and Skype for Business Server.

"Updates include new and improved inking features across the apps, like the roaming pencil case, pressure sensitivity, and tilt effects; more powerful data analysis in Excel, like new formulas, new charts, and Power BI integration; and sophisticated presentation features in PowerPoint, like Morph and Zoom," explains Microsoft's Jared Spataro. It is worth noting that these features are already included in Office 365 ProPlus.

Coming to the latest changes in Office desktop apps in Office 2019, PowerPoint 2019 comes with the ability to manage icons, SVG, and 3D images, and more, while Word 2019 adds learning tools captions and audio descriptions, and other features. With Excel 2019, Microsoft promises better data analysis and with Outlook 2019, users can "manage email more efficiently."