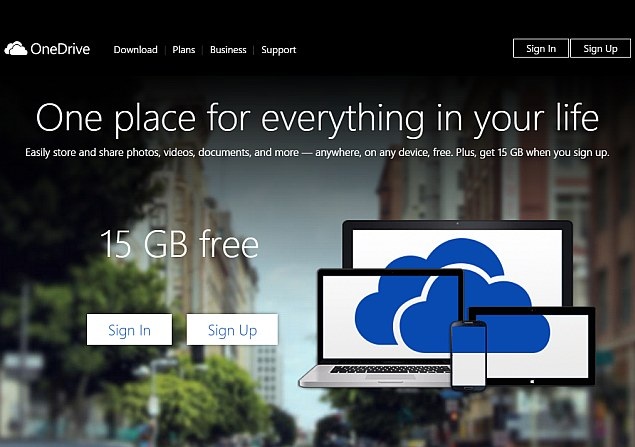 In order to reach the top of storage space race, Microsoft is now offering an additional 15GB free over the existing 15GB of free cloud storage to OneDrive users, and the offer can only be availed for a limited time.

Microsoft announced the OneDrive offer as an incentive for the new iPhone 6, iPhone 6 Plus and the iOS 8 users. The free storage upgrade (15GB base and 15GB camera roll bonus) is also available for Windows Phone, Android and Windows users. The offer is good until the end of September.

Apple users, besides utilising the recent upgrade that increases the file uploading size to 10GB, can also leverage OneDrive's Office Mobile for iOS and OneNote feature.

The upgrade is a good idea for devices that do not sport the expandable storage slots, and for those Apple users who have been uninstalling/deleting data from their iPhone and iPad models to install iOS 8.

"For those getting ready to install iOS 8, this means you won't have to delete a bunch of photos or apps to make room for the upgrade. For those buying a new phone, it means you can take all the high resolution photos and videos you want without worrying about the amount of storage you have," added Douglas Pearce, on the OneDrive blog post on Friday.

The new iPhone and iOS 8 users additionally have the latest iCloud Drive to keep a backup for their Photostream and Safari bookmarks. Interestingly, the iCloud Drive service will only be available for Mac users after the OS X Yosemite upgrade, but is already available for Windows 7 and Windows 8 users via the updated iCloud for Windows drive.