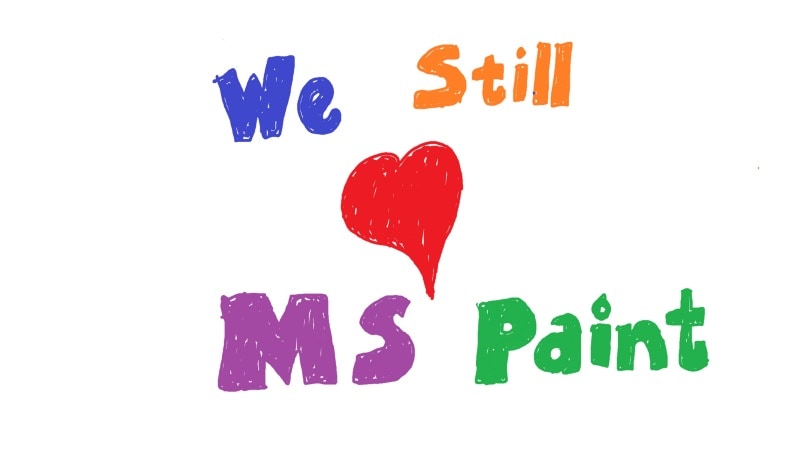 Microsoft recently released a list of features that are either removed or deprecated with the Windows 10 Fall Creators Update and the company received a huge backlash online for including everybody's beloved MS Paint in this list. However, the company has now clarified that it is not killing off MS Paint app with the Windows 10 Fall Creators Update.

In a blog post written late on Monday, Microsoft clarified that it is not "killing" Microsoft Paint and will rather be bringing the app to the Windows Store as an optional download. As the MS Paint app was mentioned in the deprecated column in the released list, it was earlier assumed that the app will not be in active development and will likely be removed from future releases.

Microsoft said: "MS Paint is here to stay, it will just have a new home soon, in the Windows Store where it will be available for free. Paint 3D - the new app for creativity, also available for free with the Windows 10 Creators Update, will continue to get new feature updates. In addition to the new 3D capabilities, many of the MS Paint features people know and love like photo editing, line and curve tools, and 2D creation are in Paint 3D."

The Redmond-based company has also said that the functionality of the MS Paint app will be integrated to the company's Paint 3D app, which was introduced to Windows with April's Windows 10 Creators Update. Moving the classic MS Paint app to the Windows Store might be a possible move to promote the usage of company's 3D Paint app, which is a more advanced tool in comparison.

MIUI 9 Based on Android 7.0 Nougat Previewed Ahead of Wednesday Launch
Facebook Acquires Source3 in Bid to Prevent Video, Other Piracy