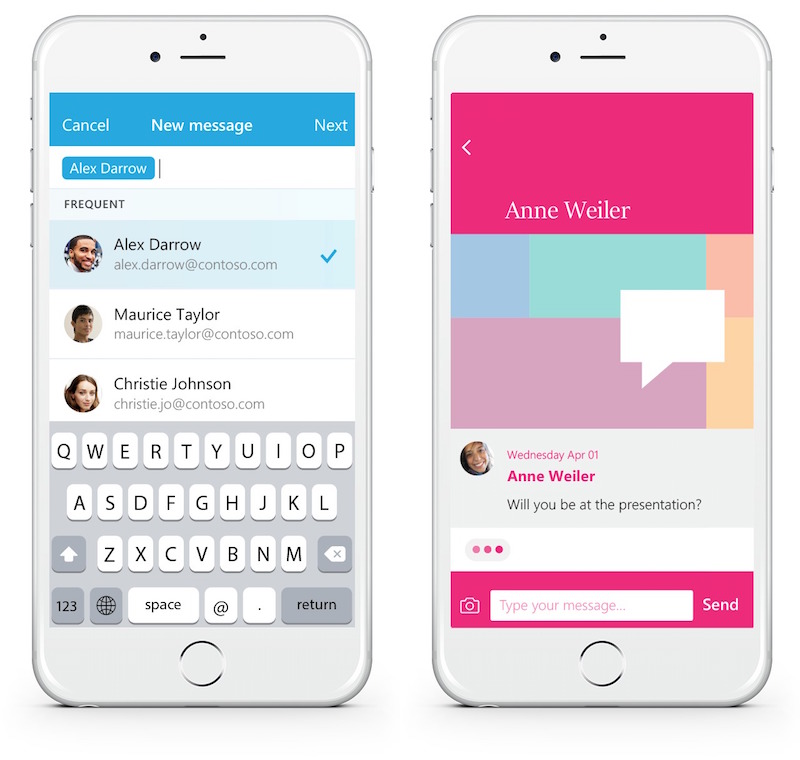 The market is floor-to-ceiling packed with email and messenger clients. Seriously, the world could do without a new one. But a new email client called Send from Microsoft promises to bring some handy new features, and has once again been released for a rival platform before Microsoft's own.The Send app by Microsoft is available on iOS, and will soon arrive on Android and Windows Phone platforms. Also, it is available in only US and Canada regions as of now. The company says that it will expand the market very soon.

Microsoft says that with Send, users will be able to instantly communicate with each other. Send enables this by letting people send quick messages without the need for a subject line, greeting, or signature. As of now, Send requires you to have an Office 365 subscription to use its service. It syncs the communications with Outlook in case you need to reference a conversation later. The company says that it plans to make the app open in the coming months. "Imagine you're walking into a big presentation and someone asks you to find out if your colleague will be attending. Chances are, you don't have your colleague's phone number, but you will probably have their email address - especially if you've been emailing with them recently. You don't have time to search your inbox, start a new thread, or even type out a subject line. You just want to ask that person, 'Will you be at the presentation?'" said the Outlook team, describing a use case for the app. Send is a product by the Microsoft Garage, a project lab where the company's employees - in their spare time - work on out-of-the-box ideas. The team has previously released a number of handy apps including Keyboard for Excel, Next Lock Screen, Picturesque, and Torque Voice Search for rival platforms.
Comments