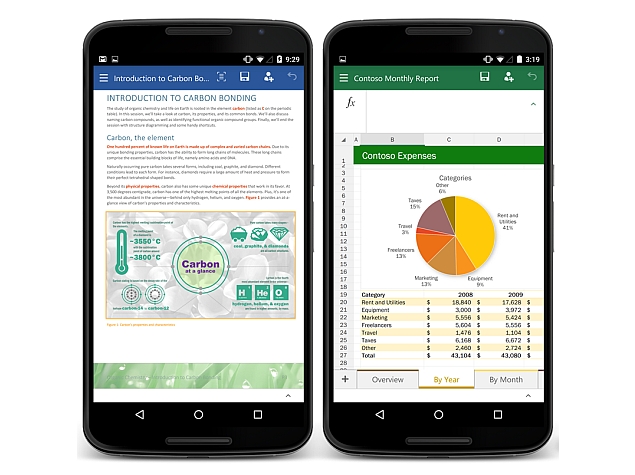 Microsoft, soon after releasing its touch-first preview versions of Office apps - Word, Excel and PowerPoint - to Windows 10 Mobile testers, on Tuesday started testing the apps for the Android smartphone platform. Users would have to join the Microsoft Office for Android community to test the preview versions of the apps.

Optimised for touch, the Office preview apps for Android phones have been designed for work on the go. Microsoft has also mentioned a few key features users would experience while using the apps.

On opening the apps, users would see the familiar navigation and menu options at the bottom of the screen for easy access. Easy insertion of charts, text and tables in Excel is also possible. Users can also track changes, comment and markup documents for others.

According to Microsoft, saving Word, Excel and PowerPoint documents on the cloud shouldn't be a problem as the Office for Android apps come with support for OneDrive, OneDrive for Business, SharePoint, Dropbox, Google Drive, and Box. Sharing of documents can also be done by simply emailing a hyperlink or an attachment.

Needless to say, the preview of Office apps for Android is released to receive valuable feedback by testers on how Microsoft can improve the editing experience for users on Android smartphones. The apps are compatible with Android 4.4 KitKat OS and later versions and would require 1GB of RAM or more to run.

The Redmond giant in its blog post introducing the Office preview apps for Android phones said, "Please note that the existing Office Mobile app for Android phone will still be available in the app store during Preview. We will disclose more about our plans for this app later in the year when we announce general availability of the new Office for Android phone apps."

Microsoft first introduced the public preview of Word, Excel and PowerPoint for Android tablet devices in November last year and went ahead with its general availability announcement in January this year. The Redmond-based tech firm rolled out an update for the Office apps for Android tablets earlier this month.