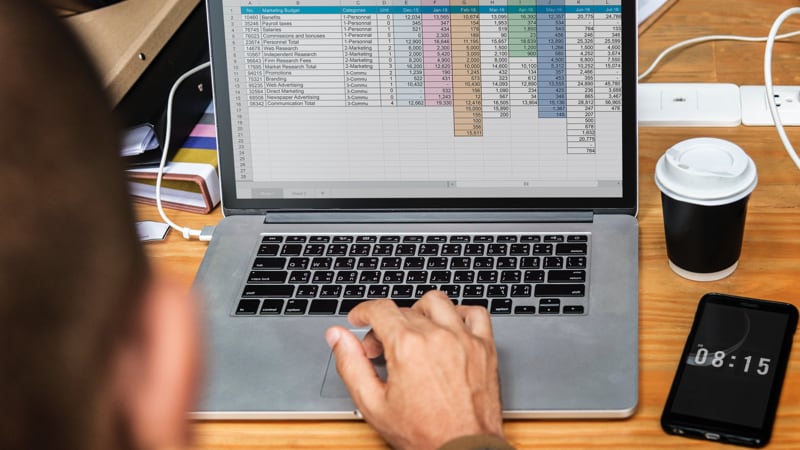 Microsoft Excel for Android users can now take a snapshot of a table to digitally recreate it, something the Redmond giant had promised a while back. Back in September last year, Microsoft had announced that it will bring a number of AI-powered features to Excel. The new features are expected to make Excel users more productive at their everyday tasks. One of the features that Microsoft announced in September has finally made its way to the Excel app on Android. The feature, called 'Insert Data from Picture', allows anyone to easily convert analogue data into a Microsoft Excel spreadsheet with just a click.

Excel users on Android can simply take a photo of a printed data table and get it converted into an editable Excel spreadsheet. The new feature is currently available only to Microsoft 365 subscribers. The feature will arrive on Microsoft Excel for iOS soon, according to Microsoft.

The 'Insert Data from Picture' feature uses image recognition technology to determine the information presented on the page and converts it to a spreadsheet in Microsoft Excel within the app. Excel users won't have to manually enter data, but accuracy is one thing that remains to be seen.

The feature will help save a lot of time for those who manually copy and paste data into their MS Excel sheets. Android users will need to update the Excel app to enjoy this new feature, apart from the obvious Microsoft 365 subscription.

Apart from this, Microsoft is also adding a number of new security features for Microsoft 365 products. Microsoft's Authenticator app will now deliver push notifications for important alerts to address leaks and security breaches. Users need to update to the latest version to access the new feature.

These push notification alerts will work for personal accounts such as Outlook.com and will notify users when the password is changed or any other relevant account-related activity has been carried out.

HMD Global on What Makes Every Single Nokia 9 Unique, and the Tech Behind the Five-Camera Setup
Huawei Watch GT India Launch Teased to Be Soon