In the latest of its ongoing attempts to expand the reach of its services, Microsoft on Thursday said it is bringing its flagship Web browser Edge, which has been exclusively available on Windows 10 thus far, to Android and iOS mobile operating systems . The Redmond-headquartered company said it was also rebranding Arrow Launcher as Microsoft Launcher for Android and bringing Windows 10's Continuum feature to Google's platform through its app.

The company said all of Microsoft Edge's key features are coming to the corresponding iOS and Android smartphone apps. These include Favourites, Reading List, New Tab Page, and Reading View across the PC and phone. Joe Belfiore, corporate vice president at Microsoft said the company would soon also add the roaming passwords feature and support for iPads and Android tablets in the future.

Microsoft Edge for Android and iOS is available in preview in US-English language starting today. Users interested in giving the company's Web browser a whirl on their phone could request for access from its website, though you need to be running the latest Windows 10 Insider Preview build to do that. Belfiore said support for more countries and languages will be added soon.

Microsoft Edge for iOS is based on WebKit engine. "That means that from a compatibility perspective, Microsoft Edge for iOS should match the version of Safari that is currently available for iOS," the company noted in another blog post. Microsoft Edge for Android is using Blink rendering engine from the Chromium browser project. "This approach gives us more control and better performance than using the Android WebView control, but means that we are shipping our own copy of the rendering engine in the app. Much like other Android browsers based on Chromium, we expect to keep up with Chromium releases," the company added. 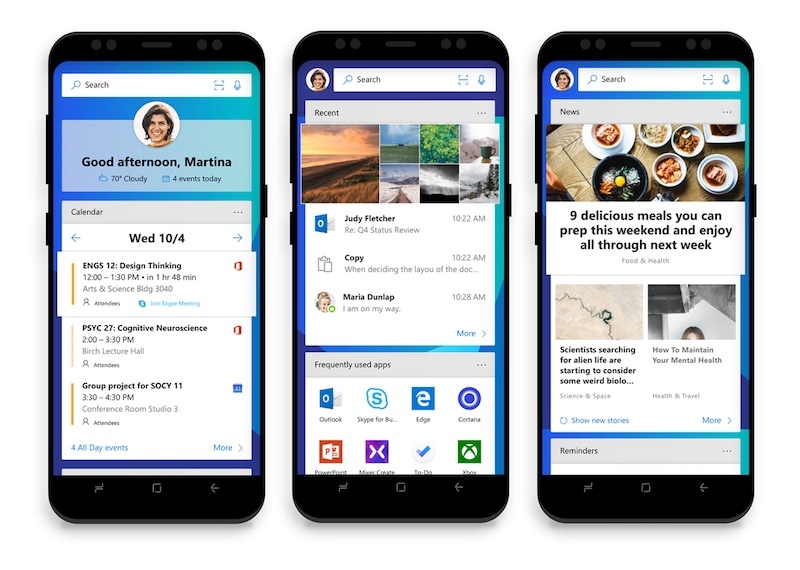 The other release, Microsoft Launcher, is a rebranded and revamped version of Arrow Launcher, a popular Android launcher which had its origination as a Microsoft Garage project. Microsoft says it has redesigned Arrow Launcher in line with its Fluent design language. But more interestingly, it is getting "Continue on PC" feature which will enable Android users to continue the work they were doing on the phone - whether it was viewing a photo, or reading a news article, or editing a document, on a PC. This feature is also available on Microsoft Edge for iOS and Android in limited capacity. One could continue reading the website they were reading on their PC should they wish to do that.

Microsoft Launcher is also available as a preview on Android smartphones.