Thanks to Chromium, Microsoft is set to offer a consistent rendering experience across the Windows and macOS versions of Edge browser. 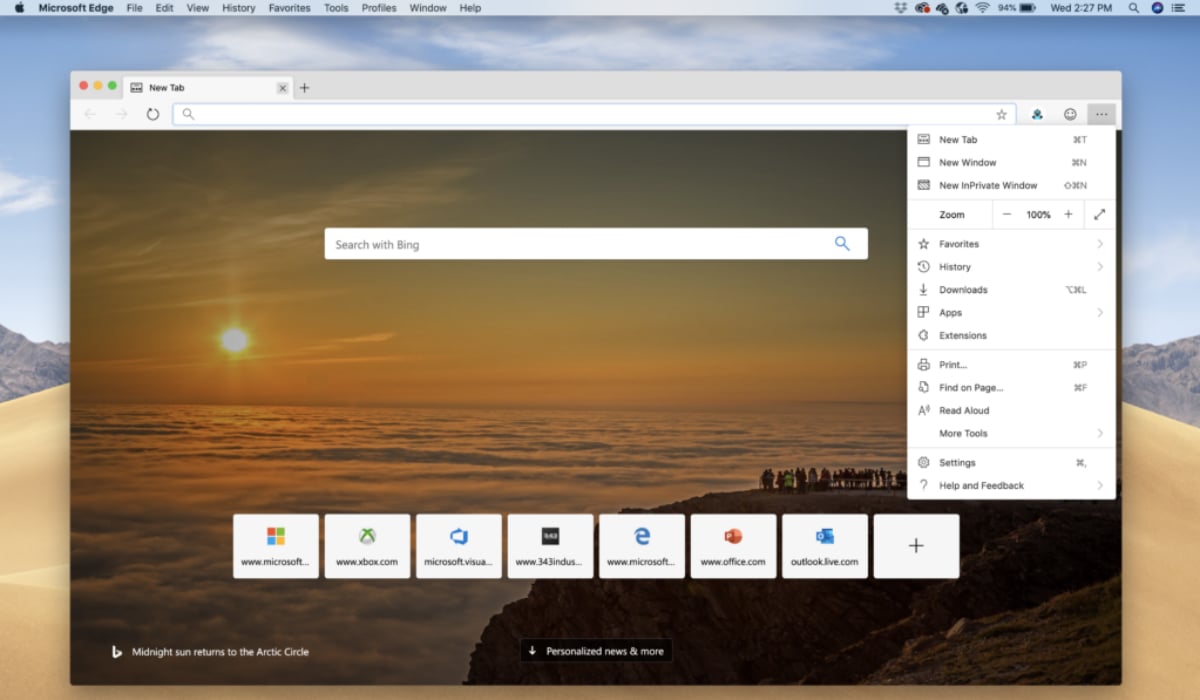 After much anticipation, Microsoft has finally brought its Edge browser to Apple's macOS. The new development comes weeks after the Redmond company announced the Chromium-powering Edge browser for Windows 10 machines. However, unlike its Windows counterpart, the Microsoft Edge version specifically for macOS is touted to deliver a truly "Mac-like" user experience. The Edge for macOS is initially available in a Canary version specifically for testing purposes. Nevertheless, there are plans to bring the browser in developer and beta versions soon. Notably, Canary and Developer builds of Edge for macOS were leaked earlier this month.

Microsoft didn't just make some user interface-level changes but also various internal tweaks, including the way the Edge handles keyboard shortcuts and title casing, to make it feel natural on macOS. The company is also designing user experiences that are exclusive to macOS. This enables the browser to use hardware features such as the Touch Bar on the MacBook Pro to offer website shortcuts and video controls. There is also support for trackpad gestures that you would find handy while surfing the Web using Google Chrome or Safari on your Mac machine.

Despite giving some distinction over what was available on Windows machines, Microsoft Edge for macOS has the same Chromium foundation that debuted on Windows 10 back in March. This means there would be a consistent rendering experience across the Windows and macOS versions of the Edge browser. Microsoft has also provided support for installable, standards-based Progressive Web Apps (PWAs). Furthermore, it is set to expand PWAs by bringing them to your Dock, app switcher, and Spotlight just like a native app installed on your macOS device.

That being said, enthusiasts can now officially download the first Microsoft Edge Canary build on their Mac systems directly from the Microsoft Edge Insider site. The latest build will receive regular updates -- mostly on a daily basis. However, a dev channel build that would receive weekly updates is expected to debut in the coming weeks -- followed by a beta release.