Messaging App Seeks to Bring Voices Back to Phones 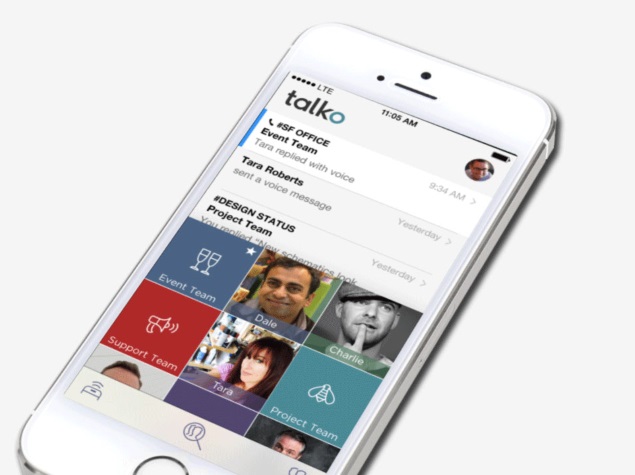 Longtime technology guru Ray Ozzie wants to bring back the emotions of the human voice to phones.

His mission began more than two years ago as Ozzie noticed people were increasingly communicating through texts, emails and social media posts instead of calling each other.

"When you see nothing but words and numbers, it becomes very mechanical and very transactional," Ozzie said in an interview. "But when you hear the sound of someone's voice, it really brings it much closer to home."

Ozzie, 58, Microsoft's former chief software architect, hopes to orchestrate voice's comeback through Talko, a mobile application being released Tuesday for the iPhone. A version for Android phones is expected in a few months.

Talko sends the equivalent of text messages in the form of a spoken word. Talko users can record a voice message and send it over the Internet to anyone else with the app. Recipients listen to the recording when it's convenient, rather than being interrupted by a traditional phone call.

All messages will be stored for 10 days, though users can buy a subscription - expected to be $5 to $9 per month - to permanently store messages. For the first few months, Talko will store all voice recordings for free.

Users can choose to make their recordings available to more than one person, a feature that Ozzie believes will make Talko ideal for employees working in the same department of a company.

The five DigitalGlobe workers who installed the app in July as part of Talko's testing didn't use it much initially, partly because they were so accustomed to texting and emailing each other or trying to schedule a conference call when they needed to talk, said Ed Locher, DigitalGlobe's senior vice president of corporate marketing.

But Talko turned out to be valuable in the five days leading up to the launch of a DigitalGlobe satellite last month, Locher said. "It reminded me of a walkie talkie," he said. "It was much faster than texting or trying to set up a conference call."

Ozzie isn't under the delusion that voice messages are going to supplant popular communications apps such as WhatsApp, Snapchat and Tango, which combine texts and photo sharing. Talko also accommodates texts and photos to supplement the voice recordings.

Another technology industry veteran, Alan Braverman, also is trying to give voices a new outlet on phones. Last week, his San Francisco startup incubator, Giant Pixel, released an iPhone and iPad app called Sobo that offers a vocal twist to Twitter, the popular short-messaging network. Sobo users can record six-second sound bites that are then broadcast to their followers. Braverman is best known as a co-founder of Yammer, a social networking tool for businesses that Microsoft Corp. bought for $1.2 billion in 2012.

Ozzie was well known before Microsoft bought one of his previous startups, Groove Networks, for an undisclosed amount in 2005. In the 1980s, he played a key role in creating a suite of document-sharing tools at Lotus Development Corp., now owned by IBM Corp. Shortly after joining Microsoft, Ozzie succeeded company co-founder Bill Gates as chief software architect, a role he held until he left Microsoft in 2010.

Although Talko is focusing on the business market, Ozzie said he hopes employees will have such a positive experience that they will encourage their family members and friends to install the app, too.

"I really do believe it will spread by word of mouth," Ozzie said.