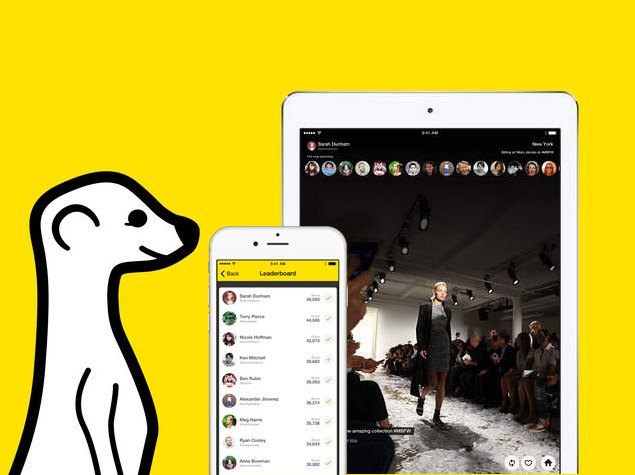 Users of GoPro's high-end cameras will be able to directly stream video shot by their cameras onto live-streaming video app Meerkat.

GoPro Hero4 camera owners can use the Meerkat app on their Apple iPhones to live-stream, according to a video posted on Meerkat's Twitter page on Thursday.

The move by Meerkat to integrate with GoPro is its latest to top rival Periscope, owned by Twitter Inc.

Earlier this month, Meerkat introduced a feature called 'Cameo', which lets any viewer take control of a live stream.

Meerkat, which boasts celebrity users such as talk show host Jimmy Fallon, lets people stream videos that cannot be rewatched. Periscope, on the other hand, allows users to save videos.

GoPro earlier this month launched its smallest camera yet. The Hero4 Session, which weighs 2.6 ounces (76 grams). The lightest camera it previously sold was the Hero4 Silver at 2.9 ounces (82 grams).

While it weighs less, the new camera hasn't shrunk in price: The Hero4 Session will retail for $399.99 (roughly Rs. 25,500), about the same price as previous models.

The San Manteo, California-based company said the camera is simpler to use, because it has one button to put on the camera on and begin recording. The Hero4 Sessions is also waterproof for up to 33 feet and doesn't need a separate waterproof case, the company said.