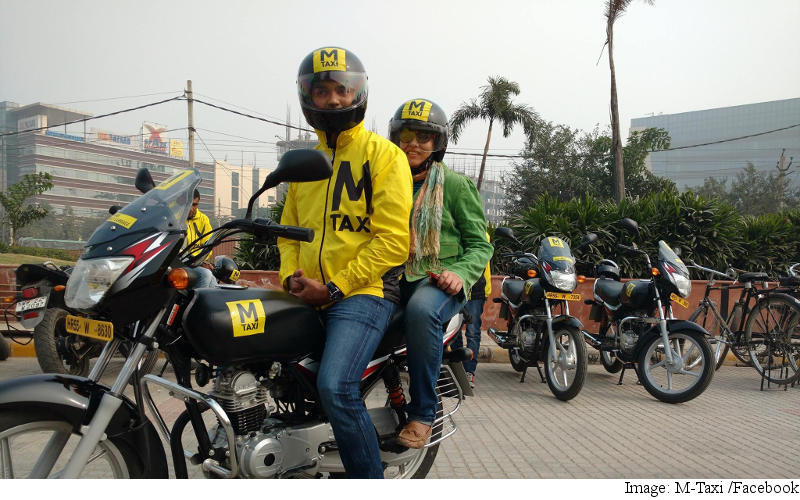 M-taxi, an on-demand two-wheeler taxi service now has a permit which allows two-wheeler taxis to ferry passengers, and will be launching its operations in at the HUDA City Centre Metro Station in Gurgaon on Tuesday, the company said.

"The Haryana government has given approvals for two wheelers to work on contract carriage, under contract carriage to two bike-taxi startups," said Arunabh Madhur, Founder and CEO of M-Taxi, speaking to Gadgets 360.

Another two-wheeler taxi service, Baxi also got permission from the Haryana government to start its operations.

M-Taxi's pricing starts at Rs. 25 for the first three kilometres, and Rs. 5 for every subsequent kilometre. The company anticipates a ticket size of averaging between Rs. 25 to 60, for a distance of about three to ten kilometres.

Users will be soon be able to avail bike taxis using M-Taxi's apps, which will be launched on iOS, Android, and Windows Phone.

Gurgaon is the first city in India which has a legalised taxi system today, Madhur said, adding that bike taxis are better equipped to deal with congestion, traffic, and last mile connectivity, three large problems cities are struggling to cope with. "India is the largest manufacturer and consumer of two-wheelers. This service was much required. It exists in our neighbouring countries, similar cultures across Thailand, Indonesia, and China," he said.

The M-Taxi fleet uses motorcycles at launch. Down the line, the startup plans to add women pilots on scooters to cater to women passengers. Once it gets the regulatory approval, M-Taxi plans to move to Delhi NCR and another city in a few months time.

The company plans to shift from an inventory model to a marketplace model where where people can avail of earning opportunities on its platform, Madhur said.

Launched in February 2015, the company announced last week that it had secured an undisclosed sum from angel investors Mandeep Singh and Jairaj Singh.