Lyft Secures $530 Million in Funding to Take on Uber 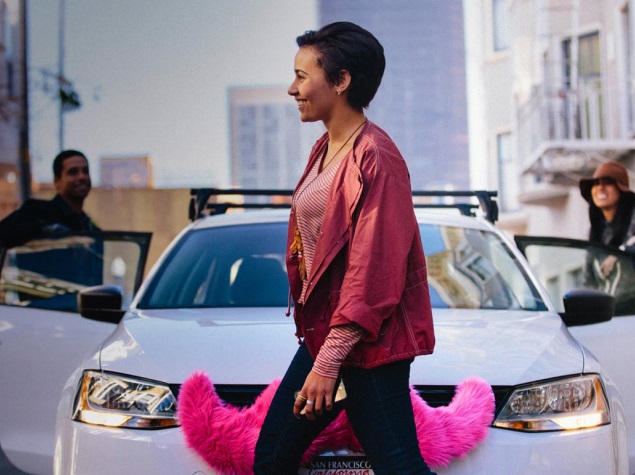 Lyft has upped the stakes in its ambitious drive to take on Uber, saying Thursday it raised $530 million in a funding round led by Japanese ecommerce giant Rakuten to fuel expansion in the US and abroad.

The latest investments peg the value of Lyft at $2.5 billion, media reports said, making it a significant but smaller ride-sharing rival to the globally oriented Uber, valued at $41 billion.

"We will accelerate more quickly toward a world where every seat is filled and every driver and passenger is empowered to join together in improving our economy, environment and local communities," San Francisco-based Lyft said in a blog post.

"We will deepen our presence in the 65 markets where we operate and expand into new cities."

In a statement from Tokyo, Rakuten said it was putting in $300 million as the lead investor in the latest funding round.

"We have seen the future and this is it," said Hiroshi Mikitani, founder and chief executive of Rakuten.

"By empowering human connection, the sharing economy is going to fundamentally transform the service industry and benefit society. We believe businesses like Lyft that unlock the latent potential that exists in people and society hold the key to the future."

The statement said the new funding will allow Lyft "to continue growing its service and invest in both domestic and overseas expansion."

The statement did not indicate which countries Lyft planned to serve.

Its website shows it operates in 28 US states as well as the capital Washington.

Like its rivals, Lyft uses a smartphone app which allows a driver and rider to connect, using location-based technology in the handsets.

Lyft said it was working on improving "technology that reduces traffic, takes cars off the road, builds community and improves the economy."

Uber has expanded to some 200 cities worldwide in more than 50 countries since launching in 2010.

Both services have faced obstacles with local regulators and complaints from traditional taxi services about unfair competition.