Lybrate Raises $10.2 Million in Funding From Ratan Tata, Others 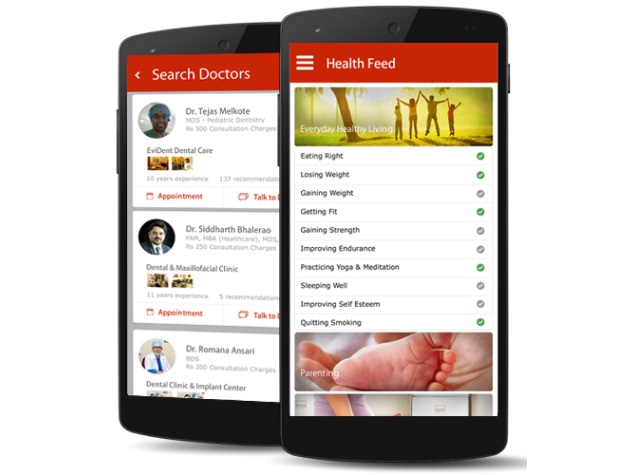 The startup, which enables patients to anonymously communicate with doctors via a mobile app or online from anywhere and anytime, plans to utilise the funds for product development, recruitment and augmenting technology and scale operations, it said in a statement.

The statement cited Tiger Global partner Lee Fixel as saying: "Lybrate's concept is ground-breaking. We believe it has the potential to revolutionize healthcare delivery in India and script the future of the healthcare industry with its model."

(Also see:  Chat With Over 80,000 Doctors and Get a Second Opinion at Home With Lybrate)

Founded in 2013 by Saurabh Arora, a former Facebook employee in the US, Lybrate aims to address the fundamental healthcare delivery problems in India, inaccessibility and self-medication, the statement added.

"We ignore our health and rush to take a call at delayed stages when the disease has progressed to serious levels. The tendency to consult chemists because of time constraint and inertia to visit a doctor is rampant and leads to risky behaviour of self-medication," said Arora.

Since the launch of Lybrate app in January 2015, it was downloaded 500,000 times and over 100,000 patients are visiting the platform everyday where 80,000 doctors from various specialties across India are connected, the statement said.

Lybrate is scrutinising every doctor's license and credentials before allowing them onto the platform, it added.