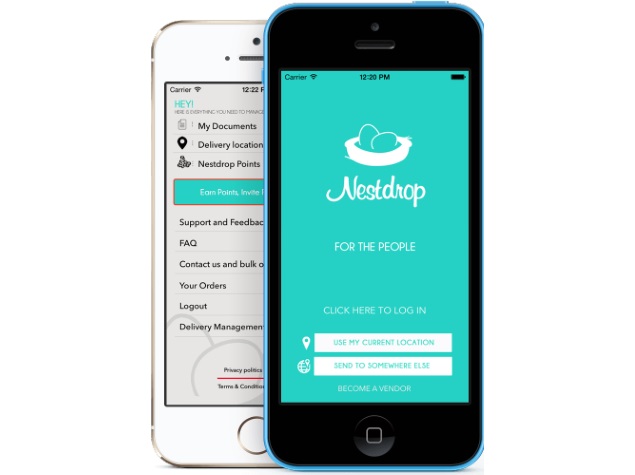 A judge in Los Angeles ordered a smartphone application company on Tuesday to stop arranging the delivery of medical marijuana to customers in the city in violation of a ban on such businesses, prosecutors said.

Los Angeles City Attorney Mike Feuer's office filed a lawsuit on December 2 seeking a preliminary injunction against the Nestdrop app in the latest salvo in an ongoing tug-of-war over medical cannabis in America's second-largest city.

About 130 medical marijuana shops have been granted immunity under a ballot measure approved by voters in 2013 that meanwhile outlawed the operation of hundreds of other similar businesses.

The lawsuit filed in Los Angeles Superior Court marked the first time that local authorities have targeted a medical marijuana delivery app, a service that prosecutors argue is prohibited under the 2013 measure.

On Tuesday, Los Angeles Superior Court Judge Robert O'Brien granted the city's request for a preliminary injunction blocking the use of Nestdrop to arrange for medical marijuana deliveries in Los Angeles, and ordered it to remove any reference to such deliveries from the app, Feuer's office said in a statement.

Feuer's office estimates that since the prosecutor took office last year he has closed more than 400 medical marijuana dispensaries, which represents half the number of such businesses officials believe to be operating in Los Angles.

He also forced the closure of a popular farmers' market for medical marijuana.

Nestdrop co-founder Michael Pycher in a statement criticized the move to stop medical marijuana from being brought to the Los Angeles homes of the app's users, deliveries that he said are handled by "qualified partners" and not the company itself.

"Patients use Nestdrop in order to have their medicine delivered, often because they are either too sick from their symptoms or unwilling to inconvenience a friend or loved one that would need to go to the collective (marijuana dispensary) on their behalf," he said.

A map of its coverage area on its website shows Nestdrop serves Los Angeles and surrounding communities, but the company did not appear to serve areas outside Southern California.

Feuer's office is seeking civil penalties against the company for what prosecutors say are violations of the voter-approved measure restricting medical marijuana in the city, and for unfair businesses practices.