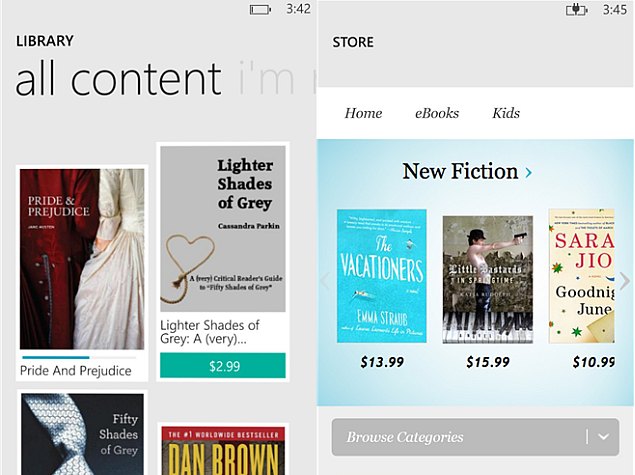 The free to download ebook reader app let users browse through more than 4 million free ebooks along with features like bookmark syncing to continue reading from a different device right from where the user left off, night mode, first chapter preview of books, and quick access to favourites and recent reads via the Live Tile UI.

All these features, or their counterparts, are already available in the Kobo's Android and iOS ebook reader apps. The newly launched Kobo Books ebook reader app is available to download from the Windows Phone Store.

Last month it was reported that Sony closed its ebook Reader Store in Europe and Australia and set about transferring its users to the Kobo ebook system operated by Tokyo-based online mall Rakuten.

In March, Kobo relaunched its e-reader app for Windows 8 PCs and tablets, notes The Next Web. The Windows 8 version of the app enables users to pin books in the form of Live Tiles on the Start screen.

Kobo is an anagram of the word 'book' and was bought by Rakuten, a Japanese e-commerce website in 2011.