A bootstrapped startup based in Bengaluru has launched a UPI app called KhaaliJeb. The app is available on Android and is free to download, and the founders say the target audience is primarily students. KhaaliJeb's banking partner is Kotak Mahindra Bank and as with any UPI app in India, it has been approved by the NPCI (National Payments Council of India).

At the moment, KhaaliJeb is a vanilla UPI app where you can make or receive payments. However, the company plans to unveil two features to differentiate it from the crowd. KhaaliJeb has a student loyalty program on its roadmap that will allow users to get discounts from merchants they frequently trade with. The second feature is one that allows people to track expenses and settle bills by splitting payments.

Both these features are listed on KhaaliJeb's website and on the Google Play listing. The founders claim that they'll be rolled out soon, but they aren't here yet, so there's not much to distinguish KhaaliJeb from established UPI apps such as BHIM, Google Pay, Paytm, or PhonePe. Prakash Kumar, one of KhaaliJeb's founders told Gadgets 360, said: “UPI is still at a nascent stage and India is a humongous market with diverse demographics… Apps are currently competing over cashbacks. The real competition will be over parameters like product, use cases, payment experience etc.” 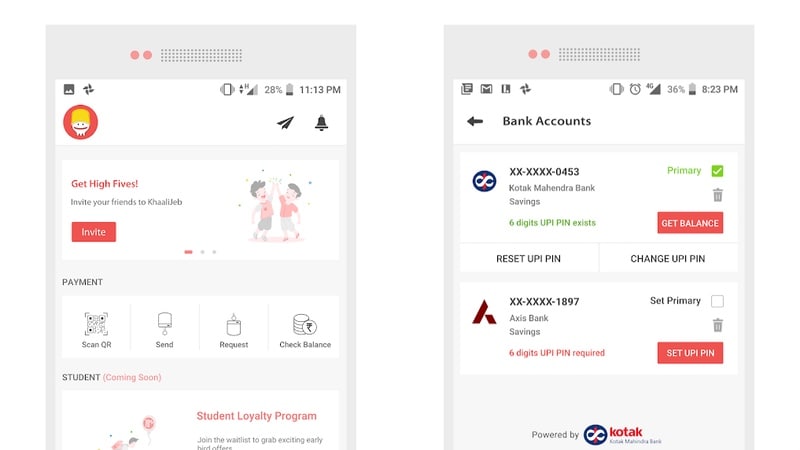 The company also claims that it doesn't compete directly with UPI apps such as Google Pay or PhonePe, because its target audience is the student community. However, those claims ring hollow because cashbacks and big marketing budgets have led to huge growth for those apps, and KhaaliJeb faces an uphill task against them. Kumar said, “Though we are a very small team, we are committed to building a world-class user experience.”

User experience is not enough on its own to sustain any app, forget one that's entered a crowded space without big bucks to back it. That is one of the reasons why KhaaliJeb's journey so far has been an uphill battle. The company took around eight months to find a banking partner for its app, since you can't launch a UPI app without partnering with banks. “It was a challenging journey that repeatedly tested our perseverance… The pricing structures of some banks were too hefty for us. Some banks did not provide the kind of integration we wanted.”

At the end of this journey, KhaaliJeb found a banking partner in Kotak Mahindra Bank. Since UPI is a service linked directly to your bank account, would you trust an unknown player in the market with sensitive financial information? That's a question KhaaliJeb's founders are likely to encounter very often in the app's journey.

“We are well aware that it would be difficult for some people to trust our app, as we're relatively a new name, that too in the payments industry. We would like to assure them it's completely safe to use the KhaaliJeb application,” Kumar said, adding that KhaaliJeb doesn't store any sensitive account information on its servers. “All transactions go through Kotak Mahindra Bank and their secure UPI platform. We are fully compliant with all security best-practices and standards,” he said. 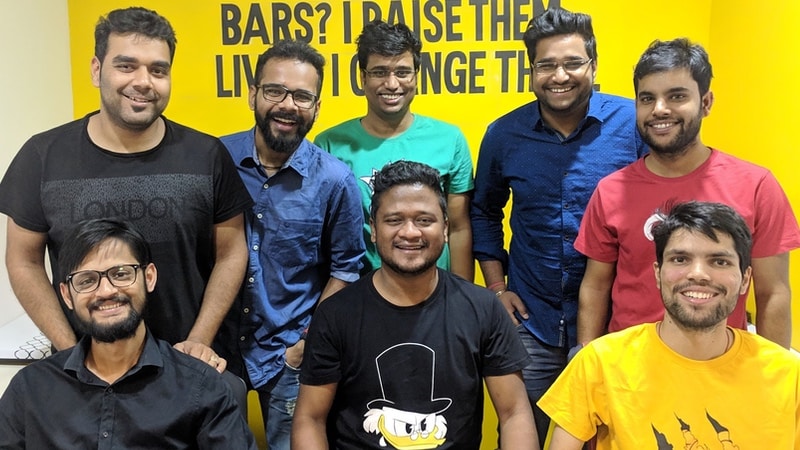 Another of the app's founders, Wilson Birua, told Gadgets 360 over a phone call that it's not easy to launch a UPI app in India. This is because every UPI app needs a banking partner and approval from NPCI, and both come with fairly strict security guidelines. KhaaliJeb, like most other UPI apps, is subject to audits from independent evaluators and its banking partner's security firm as well.

KhaaliJeb is aiming for 100,000 downloads in the next six months and 500,000 in a year. The target is ambitious and the journey difficult. PhonePe and Google Pay have aggressive cashback programs that KhaaliJeb has to compete with. Its founders acknowledged that and hope that word of mouth is enough to help grow the app's reach. Until the company can raise funds to take on established players, that's the best it can do.

Further reading: KhaaliJeb, UPI, NPCI
Pranay Parab Email Pranay Pranay is in charge of podcasts and videos at Gadgets 360. Over the years, he has written over 500 tutorials on iPhone, Android, Windows, and Mac. He has also written in-depth reported features on the intersection of technology and culture, reviewed fitness wearables, been the social media manager, started two podcasts, and produced several tech videos. He loves travelling, particularly to places not frequented by tourists. He keeps running half-marathons across the country and hopes to complete ...More
Samsung Galaxy S10 Lite Spotted on Geekbench With Snapdragon 855, 6GB RAM
Resident Evil 2 PC Download Size Is 26GB