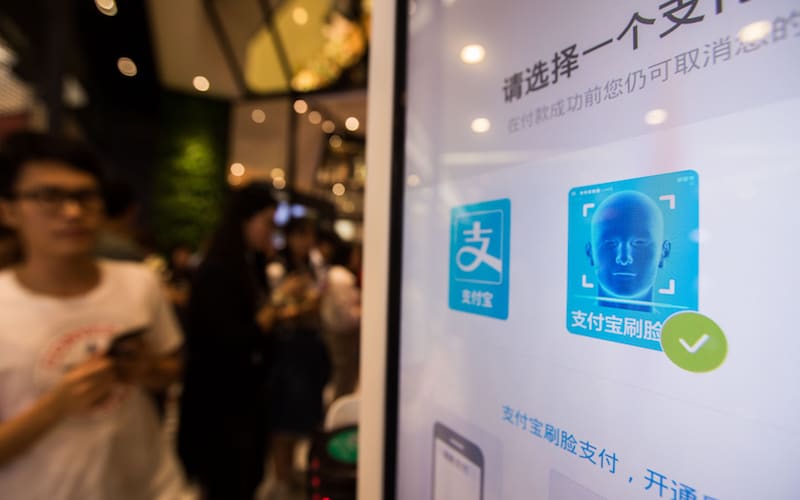 The operator of KFC in China is rolling out a futuristic system of paying at a fast-food counter via facial recognition, as the country embraces the technology for everything from toilet paper to travel.

The "Smile to Pay" system will allow customers at a healthier spin-off of KFC in the eastern city of Hangzhou to keep their wallets in their pockets after ordering on a machine.

The ordering machine will compare the customer's face with the verified picture on their Alipay account.

China is racing ahead in its use of facial recognition technology.

It has even been installed at Beijing's historic Temple of Heaven to stop people pinching rolls of toilet paper.

Airports and train stations are also jumping on the trend, with China Southern Airlines this year using facial recognition in place of boarding passes for the first time.

And in Qingdao, home to China's most famous lager, 25 suspects were recently arrested after they turned up to a beer festival only to be identified by the technology at entrance gates.

Ask and You Shall Receive in World of Voice Shopping