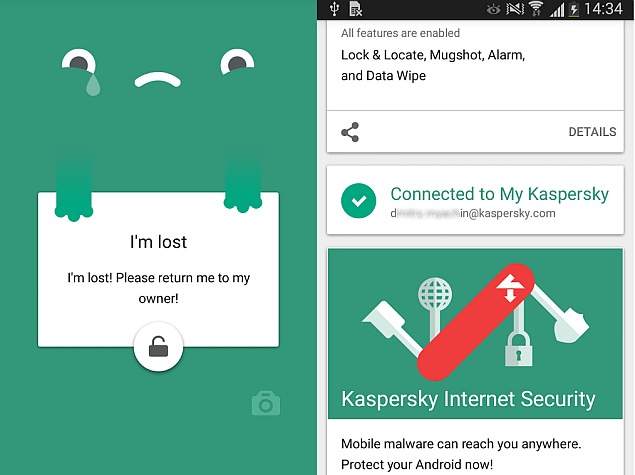 The Phound! app, available only for Android, lets users remotely block or prevent unauthorised access to mobile data, using the My Kaspersky portal. Also, users can find the position of their lost handsets on the map using its GPS, GSM and Wi-Fi networks. Taking pictures from front-facing camera of the device to recognise the thief or the unauthorised user, as well as displaying a message on the mobile screen remotely, is also possible.

Another feature included in Phound! by Kaspersky Labs is the alarm feature. As the name suggests, the feature once activated makes a loud noise continuously until the user enters a secret code. As a last resort, users can remove their personal data like contacts, messages, photos, or even hard reset the device remotely if required.

"For many users, mobile devices serve as storage for their most valuable and important data - contacts of friends and colleagues, personal messages, private photos and many other things. This means that today's smartphones and tablets need the same security as a bank vault. However, unlike bank vaults, smartphones are small, portable and easily misplaced. That is why we created a solution for our users to prevent their mobile 'vault' from falling into the wrong hands," said Alexey Chikov, Senior Product Manager, Kaspersky Lab during the launch if the app.

The app is available to download from Google Play with support for eight languages. Sized at 17MB, the Phound! app requires Android 3.0 Honeycomb and later OS versions to run.