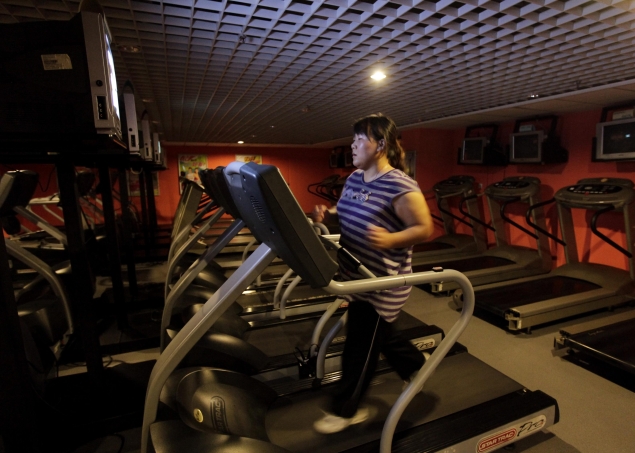 UP fitness wristband maker Jawbone on Monday announced the acquisition of a pair of young mobile app firms that add muscle to its push make smartphone lifestyles healthier.

The San Francisco firm behind popular wireless ear pieces and Jambox bluetooth speakers said that it bought Visere and Massive Health, but did not disclose financial terms of the deals.

Visere's products include "Unstuck" apps for Apple gadgets designed to help overcome inertia when it comes to making beneficial changes in their lives or tackling challenges.

Massive Health makes a free iPhone app intended to get people to improve diets by taking smartphone pictures of what they eat and getting crowd-sourced feedback about meal choices.

"Both companies have shown a deep understanding of the intricacies of designing engaging products and experiences," Jawbone chief executive Hosain Rahman said in a release.

"Bringing in great minds from both Massive Health and Visere will help us to develop software that's both simple and beautiful and build the very best integrated hardware, software, and data platforms in the world."

Jawbone in November released redesigned UP wristbands that combine fashion with smartphone lifestyles to help people along paths to improved fitness.

UP applications for iPhones, iPad, and iPod touch devices were redesigned to let people more easily get pictures of activity, sleep, eating, and even their moods on any given day or over time.

Jawbone crafted the power-efficient wristbands to look like jewelry to be style statements as well as a fitness tools.

New UP wristbands debuted in the United States with a $129 price tag nearly a year after original models were pulled from the market due to problems caused by moisture fouling up electronics in the "wearable computers."

Portland-based Visere collaborated with Jawbone on the UP application. Engineers from Visere and Massive Health, which is headquartered in San Francisco, will join Jawbone's team.

"Our union with Jawbone marks a major step toward revolutionizing the way the world thinks about health," said Massive Health founder Aza Raskin.

"Jawbone is leading the industry in product experience around mainstream consumer health, and we're looking forward to working with the team to develop the next generation of beautiful experiences."