It's Not Just Snapchat's Bob Marley Lens: Every Face-Swap App Has a 'Blackface' Option 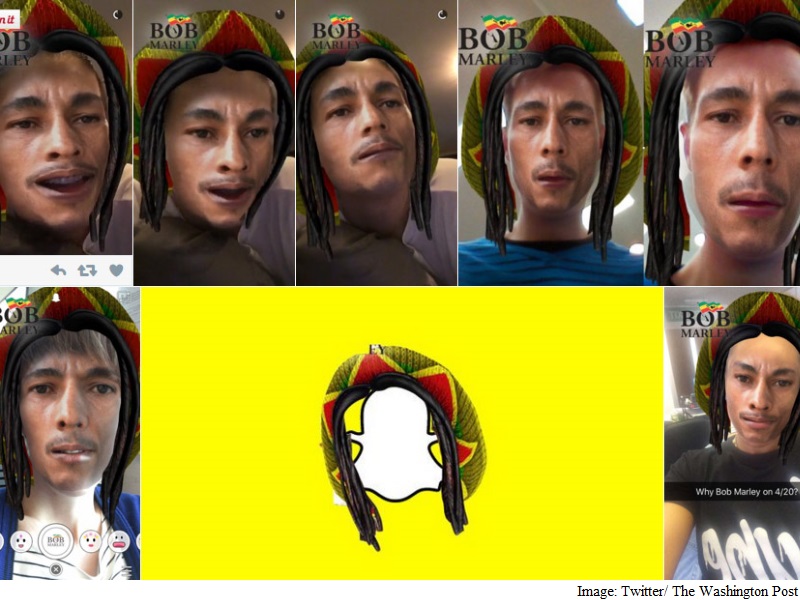 Wednesday, Snapchat launched an arguably racist Bob Marley filter that's making lots of people on the Internet mad. In a nutshell, the feature lets you wear Marley's face like some kind of weird Rastafarian mask.

The incredible thing isn't that such a filter exists - virtually every face-swap app has one. It's that users are suddenly, unprecedentedly, concerned about its racial implications.

This is an incomplete census, but among the other apps that essentially do the same things that Snapchat's Marley feature does: the wildly popular Face Swap Live, which lists Beyoncé and President Barack Obama among its top swap-able faces; Facebook-owned MSQRD, which includes a dreadlocked Rastafarian among its options; Face Swap Booth, whose rotating selection of celebrity faces includes Nicki Minaj; and Yahoo's Face Stealer, which literally encourages users to appropriate the faces of whomever they wish. (You can actually search a database of photos for more "masks," and only the most overt of slurs are blocked from it. "Blackface" is not blocked, for instance.)

Thanks to these apps, most of which surged in the latter part of 2015, race-swapping selfies have been in wide circulation for almost six months. But before Marley, the biggest - and indeed, only - scandal played out on the distant shores of K-pop Internet, where the South Korean singer Taeyang posted an Instagram of himself using one of the many apps to look like Kanye West. Even there, the issue wasn't that Taeyang swapped faces with West but that he said racist things in the process.

The Marley outrage looks similar, in that it, too, springs from a confluence of apparent transgressions: Not only is Snapchat letting white people wear black masks ... but they're doing it for 4/20, of all conceivable occasions.

The moral of the story here may be that people do not equate cross-racial face-swapping with racism or blackface, necessarily, but that they do have problems with that technique being used reductively. Context and intention matter in tech - even if we're talking about something as silly as a marijuana-themed Snapchat filter.

In a statement to The Washington Post, Snapchat said that the filter was developed in partnership with Marley's estate and that it was intended to let fans express "appreciation" for him.

"Millions of Snapchatters have enjoyed Bob Marley's music," the statement says, "and we respect his life and achievements."

There are shades of difference, however, between "appreciating" something and appropriating it. And Snapchat may have just marked that line for the rest of the race-swapping Internet.