Iron Man 3 - The Official Game comes to iPhone, iPad and Android for free 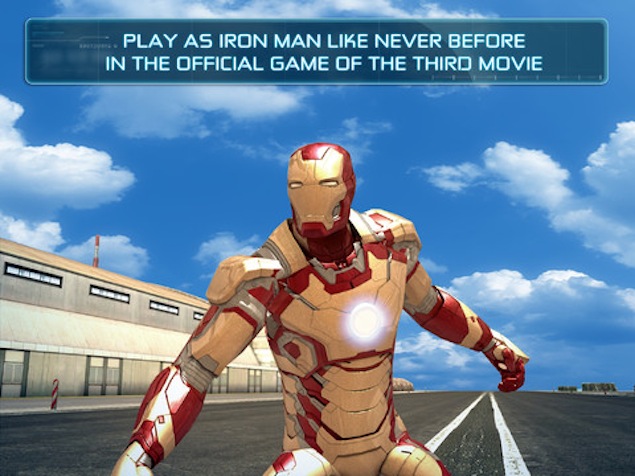 Iron Man 3 - The Official Game by Gameloft is now available for iPhone, iPad and Android devices.If it isn't clear from the name itself, the game is based on the much-anticipated movie, Iron Man 3.

After the events of Iron Man 3, Tony has become a peacekeeper, but new threats emerge regularly all around the globe - and Iron Man is the only one who can take care of them. The game lets you become billionaire Tony Stark aka Iron Man and promises a fast-paced, endless running adventure.

The game is now available as a free download with a host of in-app purchases for iPhone and iPad as well as Android.

THE OFFICIAL GAME OF THE MOST ANTICIPATED SUPERHERO MOVIE OF 2013!

BECOME IRON MAN AS NEVER BEFORE

Samsung Galaxy S4 launched in India for Rs. 41,500
It's true, checking your mobile phone is contagious