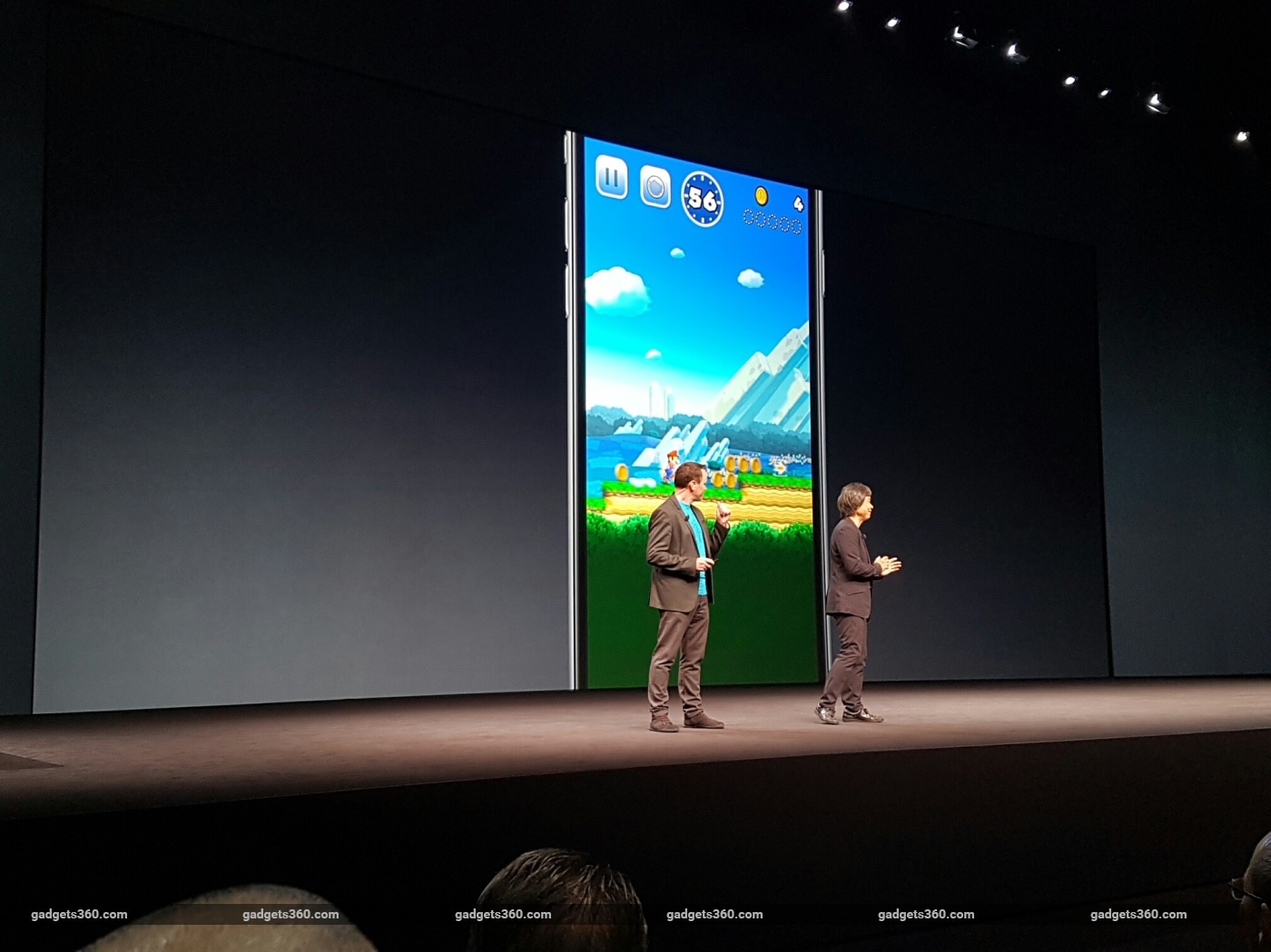 Nintendo may have not announced its new console just yet. But the company is bringing Mario to the iOS. A new game called Super Mario Run and it's on iOS first. Legendary designer Shigeru Miyamoto took to the stage to make the announcement.

Players can runs to the right and tap to jump. Precision timing appears important. Much like prior games you'll be collecting coins and get to the flagpole at the end of each level before time runs out. You can play one handed for the first time, something other smartphone games do as well.

Also, there's a battle mode called Toad Rally. It appears to be an asynchronous multiplayer mode that lets you choose an opponent and try to beat their high score. The game features no in-app purchases. But there's no price just yet. It's expected in the holiday season for 2016.

In addition to this Super Mario Stickers will be made available with iOS 10 when it launches. While Nintendo has been tentative with its mobile efforts, having Mario on iOS is a major move even if it is a simplified endless runner.

This follows Nintendo's announcement of bringing Super Mario Maker to the Nintendo 3DS in December. Between the two, it seems that Nintendo is set to corner the mobile and handheld games market.

Hopefully, this time around, Nintendo brings the game to markets like India. Miitomo never made it here while Pokemon Go, is yet to show up as well. Given how popular Mario is globally, it's unlikely for Nintendo and Apple to leave money on the table.