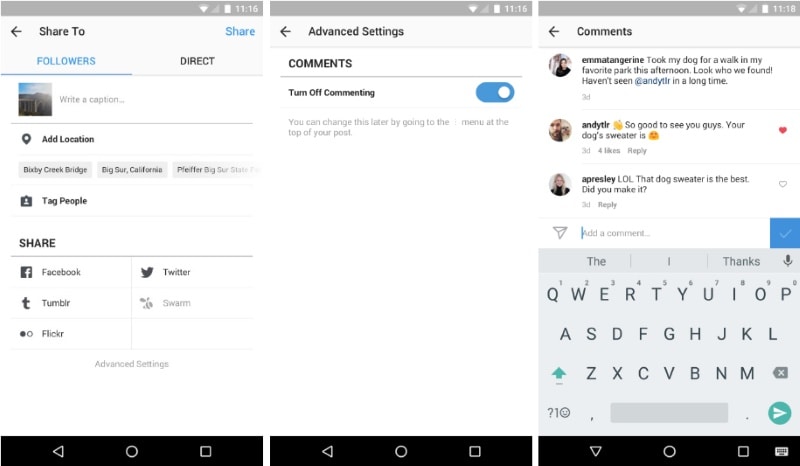 In the next few weeks, Instagram is going to look even more like its parent company, Facebook. The social network announced Tuesday that it will let users like individual comments on Instagram posts, much as they can on Facebook. Users can show their appreciation for a comment with a little red heart, as opposed to the big red heart already used for liking posts.

The company's stated reason for adding these small hearts is a little different than the old Facebook thumbs-up. The company says it's trying to create a more welcoming environment.

"Liking lets you show support and encourages positivity throughout the community," said chief executive Kevin Systrom in a company blog post. Along with the hearts, Systrom's post announced two new safety-related features: the ability to turn off comments on posts, and the option to let users quietly boot followers they no longer want to follow their private accounts.

Systrom said that while some accounts have been able to stop the flow of comments in the past, the option will be open to all of Instagram's 500 million users in the coming weeks.

In the blog post, the the network also pointed out that it's possible for users to anonymously report posts that suggest self-harm; Instagram connects users whose friends have reported concerns about their posts with organizations that can help with those issues. The company has used a version of this reporting tool on its network since October.

The safety features could be seen as part of an ongoing effort at Instagram to curb harassment. In September, Instagram began allowing users to apply filters to their comment streams, which allowed them to cut out offensive reactions to their posts. Instagram, like nearly every other social network, has struggled with the best strategy for dealing with harassment without crossing a line into censorship.

Most users - at least, one would hope - will probably not have to turn off comments, report self-harm or remove followers from their accounts due to harassment. But pretty much every Instagram user will see the option to like comments; whether they'll use the option in the spirit in which it was intended remains to be seen.