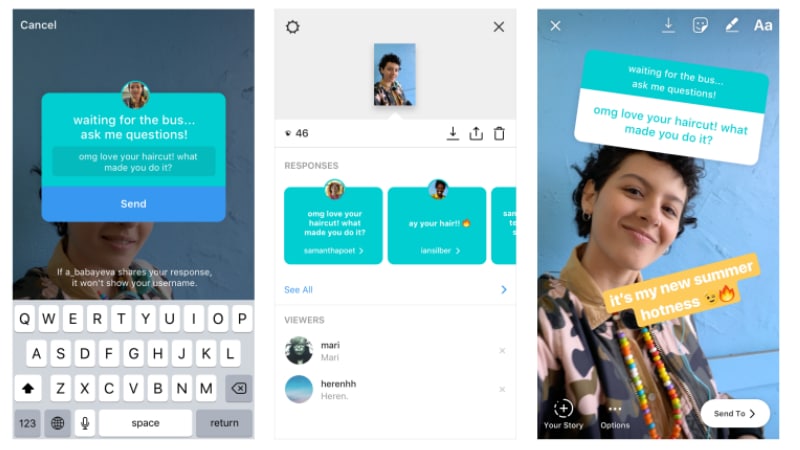 After the big IGTV announcement that brought along long-form portrait videos to Instagram, the social networking app has now introduced another feature to increase engagement. Called the questions sticker, it will enable followers to submit questions for you to answer. Once you post the questions sticker into one of your story, then users can just type in a question in the box for you to see and answer. This feature has rolled out to both Android and iOS users with the latest update, and should show up in the sticker tray in your Instagram app.

The questions sticker was spotted by some users last week, but now it has officially arrived with Instagram version 52 on iOS and Android. The question sticker sits in the sticker tray, right beside the emoji slider which was also launched recently. Once you select the question sticker, a small box appears on your screen, and you can type a message for your followers inviting them to ask you questions. Once you post the story with the questions sticker, followers will be able to type in questions that they wish to ask you in the box, and you will receive them as notifications in your story viewer's list.

Followers can ask as many questions as they want through the questions sticker. You can choose which question to answer, by tapping it in the story viewer's list, and the question you're answering will appear on your story for context. "Though you're able to see who submitted each response in your viewers list where it's private, when you share that response in your story, your follower's photo and username will not be shown," the company explains.

With this new feature, Instagram has added another sticker into its tray to increase more traction in Stories. There's an option to create a poll with the poll slider, and the emoji slider lets you express your love for something that is shown in a story. Instagram Stories was launched last year to combat competition from Snapchat, and now both Instagram Stories and WhatsApp Status features have 300 million daily active users (DAUs) -- compared to 178 million Snapchat users.