If you feel constrained by your inability to share multiple photos on Instagram in a single move, a new feature will soon make your vacation look beautiful in a single album.

According to a report in Droid Life on Thursday, Instagram is testing a new feature in the Android app that lets users share multiple photos from their smartphone's gallery as an album on the photo-sharing network.

Only advertisers are able to share multiple photos from their gallery currently which users can swipe through horizontally, but with the test, it looks like the feature may make its way to all 600 million Instagram users soon. 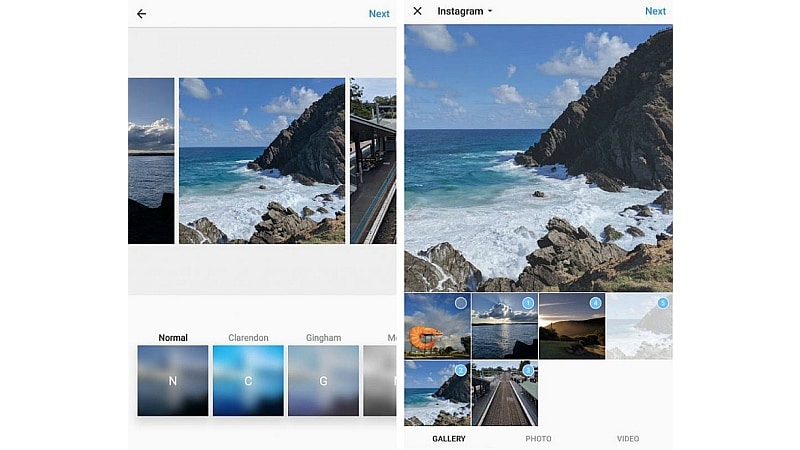 "Users can select up to 10 photos from their galley, slap on filters to each photo they choose, then upload the photos as an album to your timeline. From your followers' perspective, they will see the album and can then slide through the various shots, liking photos as they go," the report noted. While users can select photos and apply filters, they cannot yet upload the entire album to their Instagram timelines.

So for, only limited users can see the feature on Instagram v10.7.0 for Android, the latest version of the app that's available from Google Play. The Facebook-owned company looks to be testing the feature with select Android users for now, as not everyone with the app can see it. It's probably a server-side update that may be enabled in a future version, or, in switched on for other users soon. Some users report that they are seeing the feature in the beta version of the Android app - there's no telling when iOS devices will get the new feature.

Do you see the new feature in the Instagram app for Android? Do let us know in the comments section below.