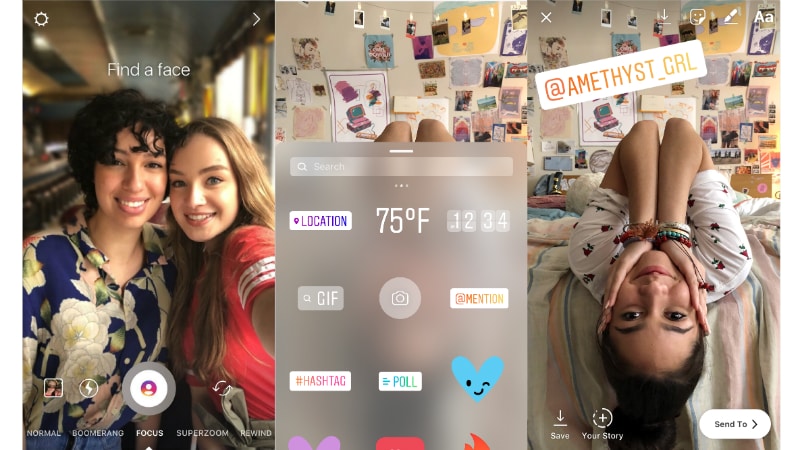 Instagram on Tuesday announced the launch of two new features on the social networking platform globally. The first update is a new camera format on Instagram Stories called Focus that lets users take portrait shots with Bokeh effect from their phone's rear or front camera. "When you take a photo or video of someone in the Focus format, their face will stay focused while the background blurs, giving the photo that polished look - something you'll want to share with friends," says Instagram in a statement.

To use the feature, open the Stories tab on the Instagram app. You will see the new Focus button placed next to Superzoom in the Record tab. As the app detects a face in this mode, it will automatically blur out the background. You can tap to click a photo or tap and hold to record a video. Focus will be available on Apple iPhone 6s, iPhone 6s Plus, iPhone 7, iPhone 7 Plus, iPhone 8, iPhone 8 Plus, iPhone X, and select Android handsets (2015 and later). The feature will be available as part of version 39.0 for iOS on the App Store, and the same version for Android on Google Play.

Another feature that is coming to the Instagram app this week is the @mention sticker, available initially only on iOS. While handle mentions have been part of Instagram Stories for a while now, Instagram is now rolling out the new @mention sticker. To use the feature, open the stickers tray after you take a photo or record a video, tap the @mention sticker, and start typing the name of the account you want to mention and select from the options that appear. The sticker will then be created which you can resize and position on any part of the image or video.