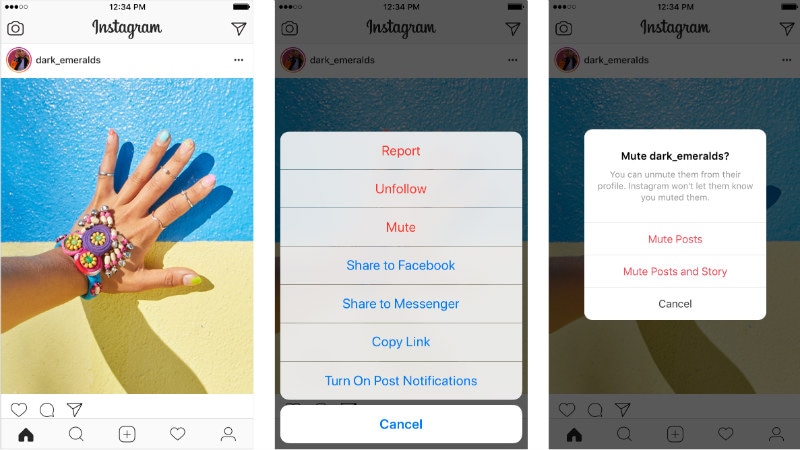 Instagram has added a feature to let you mute anyone whose posts you no longer want to see on your feed. The new feature, which works similar to the Mute function on WhatsApp, gives you a way to personalise your feed without unfollowing any of your followers. It is rolling out over the coming weeks on Instagram's Android and iOS apps.

With the Mute feature, you'll now have the option to remove all the annoying users whom you follow just for some odd reason - say to get them follow you back. To utilise the new development, tap the three dots (...) menu button from the corner of the post of the user of whom you'd like to mute and then press the Mute option. Instagram will after that ask you to choose whether you'd want to mute just posts or stories or posts as well as stories from that user. You can also mute posts and stories by pressing and holding on a story in your tray, or from a profile, Instagram said.

Notably, you can unmute any of the previously muted users by visiting their Instagram profile. Your action to mute anyone will also be a secret between you and Instagram as the muted one won't be informed of the action, or be able to discern it. Furthermore, muting anyone won't make the notifications silent if you're tagged in posts or comments by the same user.

The arrival of the Mute feature on Instagram could help a large number of users who don't want to see some random selfies of their friends or their acquaintances celebrating something with their family. Similarly, it is a useful one if you're among the people who often follow unknown people on Instagram just to make them follow you back.

The Obamas' Netflix Deal Sounds Great for the Obamas. Is It Good for Netflix?
Tech 'Nobel' Awarded to Finnish Physicist for Small Smart Devices