Instagram users can now create Stories with up to six different photos. 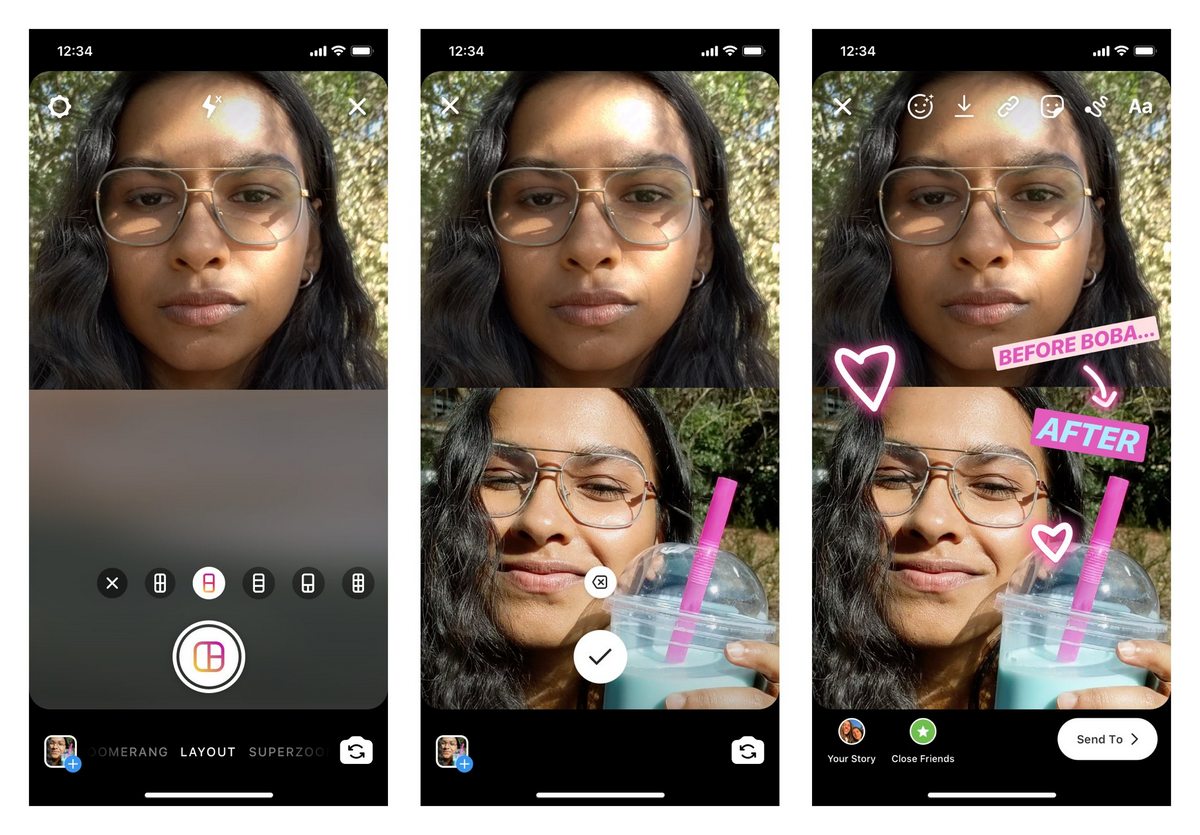 Facebook-owned photo-sharing platform Instagram has started rolling out new "Layout" feature that will allow users to include multiple photos in a single story.

Users can now create their Stories with up to six different photos, although this new feature was already on third-party apps to create similar images, 9to5mac.com reported on Tuesday.

A user just need to do is open the Stories camera inside Instagram and look for "Layout" to start combining the photos. Once finished, just publish the Story just like any other.

The feature is already rolling out and would be available to all users towards the end of this week latest.

Instagram has implemented several features for the Stories platform, which became the most used part of the app this year.

Additionally, after giving its users power to restrict bullies on its platform, Instagram has recently extended its anti-bullying tool to hurtful captions on photos and videos.

Now, if someone bullies you on an Instagram caption on your photos or videos, it will immediately be flagged with a notification: "This caption looks similar to others that have been reported".