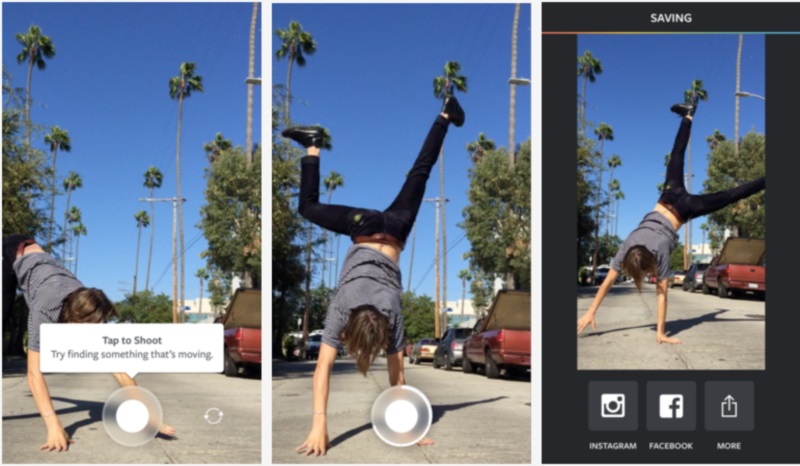 Instagram unveiled a new feature allowing users to post one-second video "loops" in an effort to keep up with rivals offering animated images.

"Boomerang" is a new video application "that lets you turn everyday moments into something fun and unexpected," the Facebook-owned picture-sharing network said in a blog post.

"Capture a friend jumping off a diving board, defying physics as she flies back and forth through the air. Transform an ordinary selfie with your friends into a funny video. Get that exact moment your friend blows out his birthday candles, then watch them come back to life again and again."

The Instagram feature is shorter than the six-second video segments on Twitter-owned Vine but aims for a richer experience than animated images known as gifs.

"Boomerang takes a burst of photos and stitches them together into a high-quality mini video that plays forward and backward," Instagram said.

Instagram said recently its user base has climbed past the 400-million-user mark, but it is facing intense competition with other services such as Snapchat, which is popular among young smartphone users.

Instagram said more than 80 million pictures were shared daily at the Facebook-owned service.

More than half of the last 100 million people to join Instagram live in Europe or Asia, with Brazil, Japan, and Indonesia seeing the strongest growth, according to the service.