Instagram for Android updated with refreshed UI and improved performance 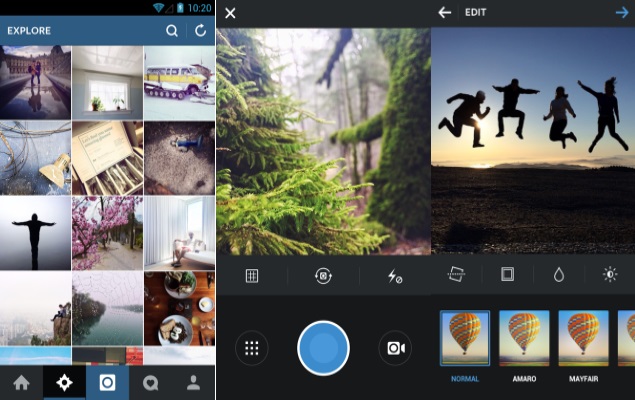 Instagram has started rolling out an updated app for Android that the Facebook-owned photo sharing service claims brings a faster and more responsive experience for users.

The company announced the latest Instagram (version 5.1) app for Android on its blog, saying, "Since first launching Instagram for Android in April of 2012, we've come to support thousands of different Android devices of all shapes and sizes. In taking time to polish our designs, we've worked to make sure that Instagram feels native and at home on any Android device."

Instagram adds that the update brings a redesigned UI for Android users, and claims that the new version will load the profile screen of the user twice as fast as compared to the older version. "We've cut the overall app size in half to increase speed throughout Instagram," added the blog post.

The updated Instagram app for Android has simplified visuals throughout, using the screen space for small screened-devices and also rearranging the design to keep keys within reach as users navigate the app on a larger device.

"It's the same Instagram for Android you know and love-faster, cleaner and easier to use than ever," said the blog post.

Not too long ago, the Facebook-owned photo sharing service announced its first deal with a major ad agency named Omnicom.

For those unaware, Facebook bought the photo-sharing app for $1 billion in April 2012, in the company's largest yet acquisition at the time.