It is a part of Instagram’s broader efforts to help people fight bullying and harassment on the platform.

Instagram is allowing users to block or restrict multiple accounts from the comments section of their posts as a part of a limited test. It is aimed to help cut down online bullying on the platform, a tipster has indicated. Instagram confirmed the development in a report to the tipster saying that its part of its broader efforts to help fight bullying and harassment on the platform. The company will share more details in the coming days and weeks.

Jane Manchun Wong, who is known for reverse-engineering to find out upcoming features, on Thursday, March 5, shared a few screenshots on Twitter, where Wong posted what appears to be a new Instagram test that lets users block or restrict multiple accounts at once, straight from the comments section.

The screenshots shared by Wong show that the new feature lets users select multiple comments on their post, and then turn off, restrict, or block comments from the selected accounts in one go. 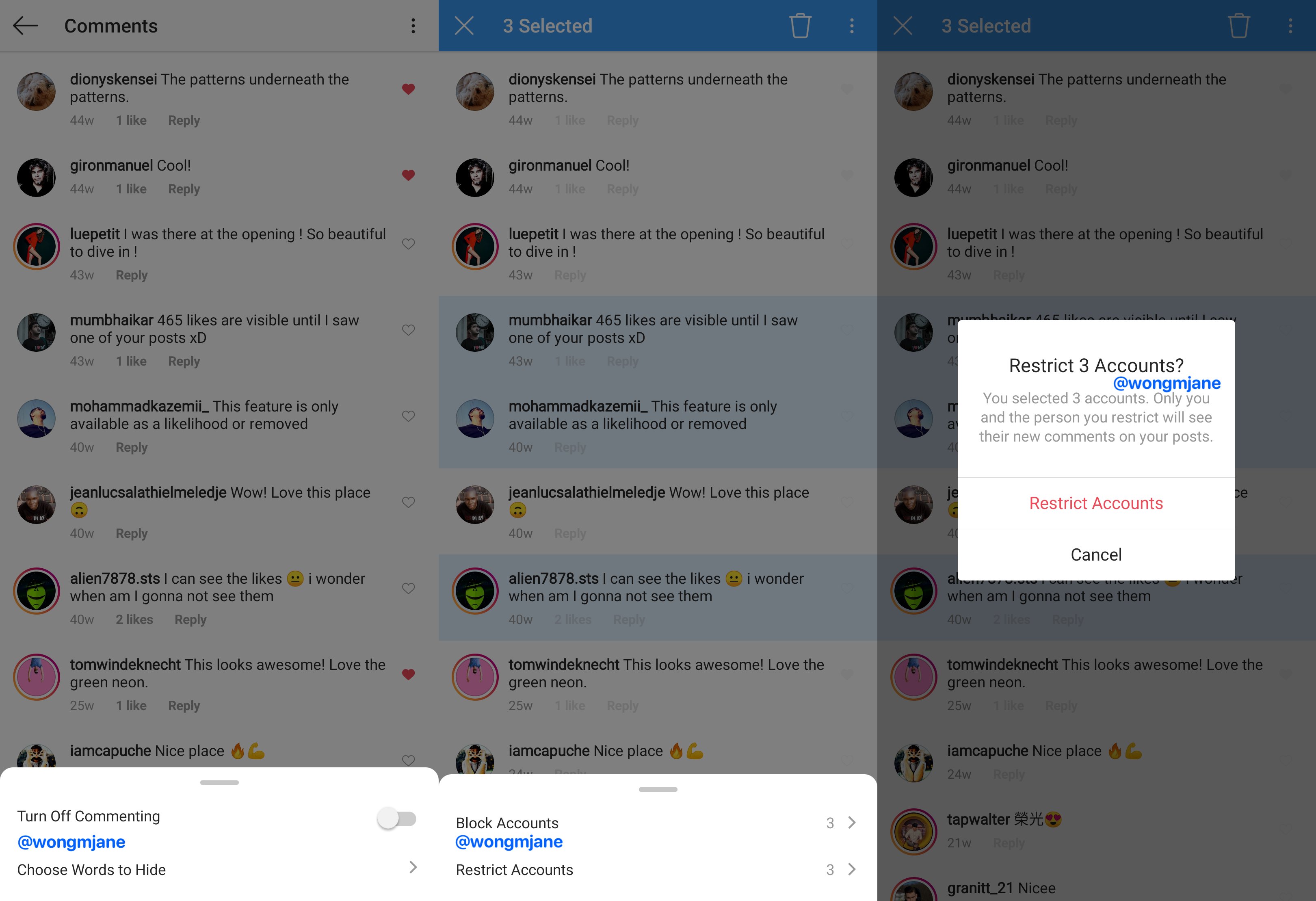 Responding to Wong's Tweet, the official Instagram Communications account, saying that this is indeed, a test and said that there is more to come about the new feature.

Hi Jane! This is a test – and part of our broader efforts to help people fight bullying and harassment on Instagram. More to come.

The Facebook-owned platform has been launching efforts every now and then to curb online abuse on the platform. In October last year, Instagram rolled out the 'restrict' feature to curtail online bullying. The feature lets users review comments on their posts. It offers the option to delete, approve or ignore comments from restricted profiles.

After introducing the ‘restrict' feature, Instagram also announced the ‘Caption Warning' feature that warns bullies before they comment anything offensive on a post. If someone bullies you on your photos or videos, Instagram will immediately be flagged with a notification saying, "this caption looks similar to others that have been reported". The user will be given the option to revise the message or share it anyway.