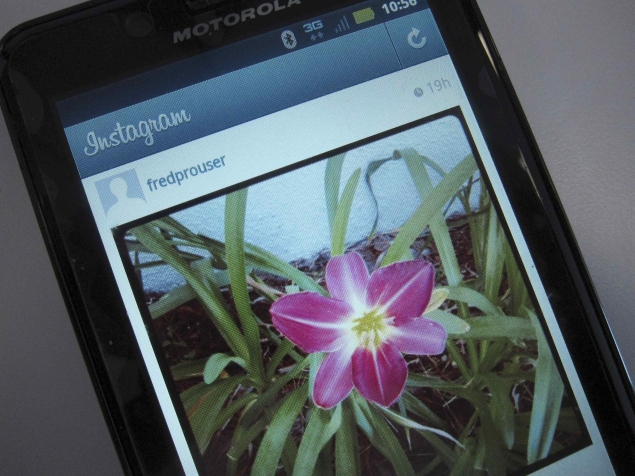 Facebook's Instagram photo sharing service asked a federal court on Wednesday to throw out a lawsuit filed against the popular app over changes to its terms of service.

The proposed class action lawsuit was filed in San Francisco in December by an Instagram user who leveled breach of contract and other claims against the service.

Instagram last year rolled out and then amended policy changes that incensed users who feared the photo-sharing service would use their pictures without compensation.

In Wednesday's filing, Instagram argues that the plaintiff, Lucy Funes, has no right to bring her claim because she could have deleted her Instagram account before the changes in the term of service went into effect.

The changes in the terms of service were first announced on December 17 and then altered a few days later following widespread user complaints.

Funes sued the company on December 21, nearly a month before the changes in the terms of service went into effect on January 19, the court papers said.

She continued to use her account after that day, according to Instagram's filing.

Instagram also disputed Funes' claims that the new terms required her to transfer rights in her photos to the company.

Both the old service terms and the new ones "emphasize that owns the content she posts through Instagram's service," the filing said.

In announcing the revised terms of service in December, Instagram also announced a mandatory arbitration clause, forcing users to waive their rights to participate in a class action lawsuit except under very limited circumstances.

However, Instagram kept language that gave it the ability to place ads in conjunction with user content, saying "that we may not always identify paid services, sponsored content, or commercial communications as such." It also kept the mandatory arbitration clause.

The civil lawsuit in U.S. District Court, Northern District of California, is Lucy Funes, individually and on behalf of all others similarly situated vs. Instagram Inc., 12-cv-6482.