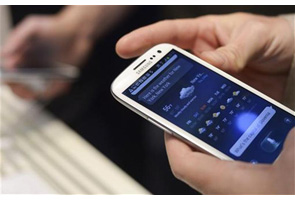 The application development software market in India is expected to grow 22.6 per cent to reach over USD 227 million in 2012, led by increasing adoption of software delivery through cloud computing platform, research firm Gartner said today.

"The trend is compelling enough to force traditional AD vendors to 'cloud-enable' their existing offerings and position them as a service to be delivered through the cloud," Gartner Principal Research analyst Asheesh Raina said in a statement.

The study further stated 90 per cent of large, mainstream enterprises and government agencies will use some aspect of cloud computing by 2015.

Cloud computing enables storage of data and access to software on a pay-per-use model, helping companies to cut costs as they do not have to invest in infrastructure.

Gartner predicts that mobile AD projects targeting smartphones and tablets will outnumber native PC projects by a ratio of 4:1 by 2015.

"Emerging mobile applications, systems and devices are transforming the AD space rapidly, and are one of the top three CIO priorities at the enterprise level," the study said.

Gartner research found that CIOs expect more than 20 per cent of their employees to use tablets instead of laptops by 2013.

Further, open source software will continue to broaden its presence and create pressure on market leaders during the next three to five years, it said.