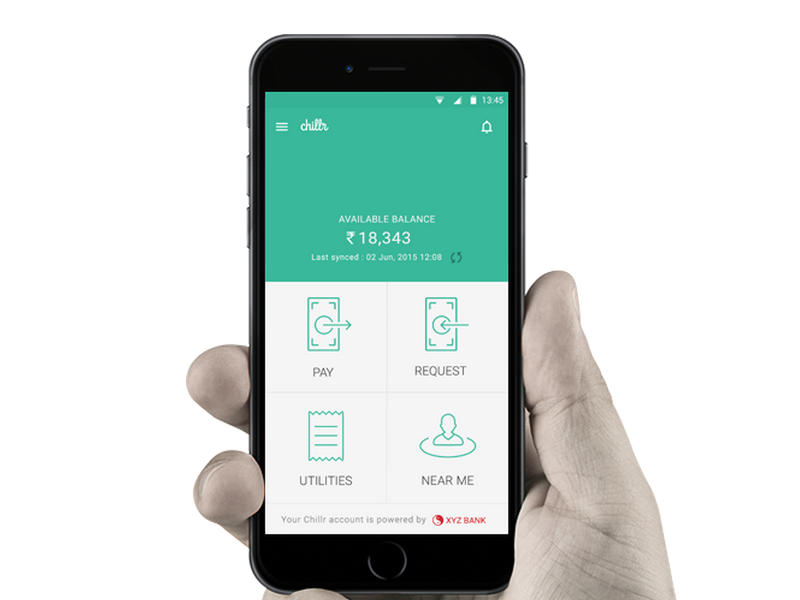 Chillr
Mumbai-based Backwater Technologies Pvt. Ltd, makers of Chillr, a smartphone application for P2P money transactions has received Rs 40 crore in funding from venture capital firm Sequoia, ET reported. The Chillr App lets users send or receive money with phonebook contacts without having to know their account number, IFSC code, or requiring an OTP SMSs. The full set of features of the app are presently available only to HDFC Bank and Bank of Baroda customers on Android, iOS, and Windows. Other bank customers can only receive money.

Wydr
Droom founder and ex-Shopclues CEO Sandeep Aggarwal has invested an undisclosed amount in Wydr, which claims to be India's first performance based wholesale marketplace. The company is reportedly in talks with potential investors for another funding round of $2 million (roughly Rs. 13 crores).