Hell freezes over as Twitter for Mac gets an update 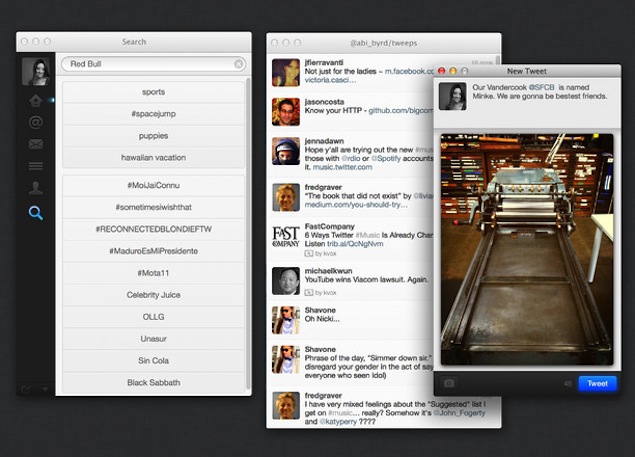 Twitter for Mac, long presumed to be left for dead by the company, has received an update.

Before Thursday's update, Twitter for Mac was last refreshed on 1st June, 2011, which had lead many to believe that the company had given up on the Mac client. Twitter for Mac v2.2 is not exactly a major update, but those who rely on the official client will feel happy knowing they have not been abandoned altogether.

Twitter had recently confirmed that TweetDeck AIR, TweetDeck for Android and TweetDeck for iPhone will be removed from their respective app stores and will stop functioning on May 7. TweetDeck's Facebook integration will also stop on the same date.

The micro-blogging website has been in the news recently after a series of high-profile Twitter account hijacks. The most recent one involved hackers taking over the account of Associated Press and tweeting that two explosions at the White House had injured US President Barack Obama. This triggered a massive sell-off in the stock market, before official clarifications could filter through.

There have been reports indicating Twitter may introduce two-factor authentication to counter the problem.